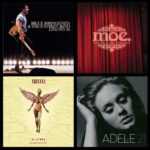 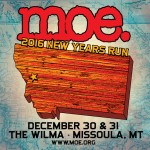 How did they choose Missoula to ring in the NYE? What happens when you go to a festival in Japan and are scheduled to play the same time as Radiohead?   Alanya talks with Al Schnier of preeminent East Coast progressive rock/jam band MOE. before their special 2-night New Year’s Eve run at the Wilma […]