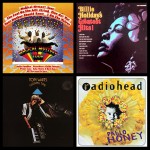 When John Lennon describes a song as his “greatest accomplishment,” you’d be wise to take a close, close listen. That’s exactly how he described “Strawberry Fields Forever” after its release in 1967 – a feat of musical mastery, lyrical genius and cultural significance. You could argue the track was a matter of destiny: the ultimate conclusion of […]