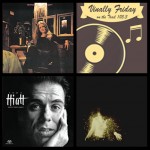 Before Bonnie Raitt was an acclaimed blues guitarist and singer, she was just a fiery touring act – respected by critics and musicians within the blues circle before reaching anything close to her commercial success of the 1980s through today. Financial situation aside, though, you might argue the early 1970s were Raitt’s glory days, where she built her […]