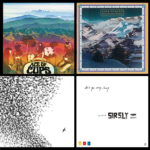 Friday on the Trail turntable: • Craig enlightens us with the 2018 debut album from perhaps the first-ever all-female rock band. Yep … a project 45 years in the making from Ace of Cups • Alanya gets us in the holiday spirit with John Denver’s 10th studio album, “Rocky Mountain Christmas” •Robert follows up with […]

Prolific as he’s been during the last three or so decades, it’s hard to believe Jeff Tweedy has never released a formal solo record. Yeah, there was 2017’s Together At Last – technically a solo record, but more of a covers collection (of his own band, Wilco). So it didn’t really count. And we know […]