Apparently rumors of the CD format’s demise have not been exaggerated.

Like its fore-bearers in vinyl, cassette (and eight-track) form, the music delivery service that has dominated most of our adult lives is apparently living out it’s “hospice days”.

CD sales have dropped 88 percent since 2001, its decline reflecting a similarly dramatic increase in digital streaming services over the same period of time. Earlier this month Best Buy stopped selling CDs, leaving Missoula collectors confined to Rockin’ Rudy’s, pawn shops and Target – though that, too, appears to be just temporary. 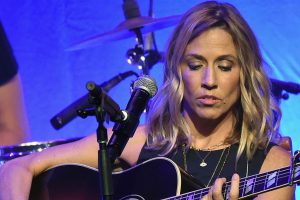 Any worries about hearing the latest, greatest grooves, however, are entirely unfounded. The shift from CD culture apparently reflects music consumption trends less than it reflects a chance in how artists are reaching their fan base.

Case in point: Despite her announcement last week that her upcoming project will be her final album release, Sheryl Crow assuaged fans that she will continue to write and record new music – just in single-track formats instead.

We’ll kick off this week’s New Tracks on the Trail with a nod to Crow’s commitment to change: The first single off her yet-to-be-titled final album, due in 2019.

“Wouldn’t Want to Be Like You” – released on the Stem platform – is a slam on Wall Street greed and features St. Vincent’s Annie Clark on backing vocals and guitar. This collaborative focus is apparently going to be a theme for the album, Crow’s 11th. Other reported guests (she invited most her “musical heroes,” she said) include Stevie Nicks, Keith Richards, Joe Walsh, Don Henley – and Johnny Cash.

Crow will perform July 18 at KettleHouse Amphitheater. The show is sold out. 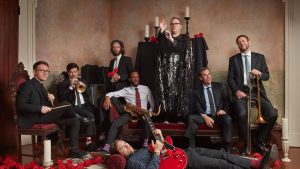 The eight-piece Alabama soul band got help from hip hop/pop producer Jack Splash (Solange, Diplo, Kendrick Lamar) for the album, which marks their first since their 2016 break-through, Sea of Noise. That one was noted for its politics; this one moves into a more introspective realm.

Check out the Rolling Stone review of the album’s lead-off single HERE.

• His sound is too eclectic for a genre description, so we’ll just stick with acoustic rock for now.

We’re talking about LA-based Trevor Hall, who flirts with world music, chanting and a dash of reggae on his new project, The Fruitful Darkness.

Released in four parts beginning in August of 2017, Hall finally dropped the finale this past month.

• Finally, one of the world’s most celebrated guitarist, Buddy Guy, makes a case for the blues in his 18th solo record – The Blues is Alive and Well.