Every Tuesday we spin new tracks from some of your favorite Trail artists. Some of them were just released; others are still unavailable. But we guarantee they’re all worth listening to again and again!

Special thanks to our friends at Rockin’ Rudy’s for sponsoring “New Tracks”.

-Eric Clapton – A few more from his just-released 23rd solo studio album, I Still Do

-Michael Franti & Spearhead – Highlighting some cuts from SoulRocker in advance of their Aug. 16 show at Big Sky Brewing Co.

-Bonnie Bishop – Some country-blues cuts off her first album in nearly five years, Ain’t Who I Was

-Band of Horses – New tracks from their soon-to-be-released Why Are You OK? 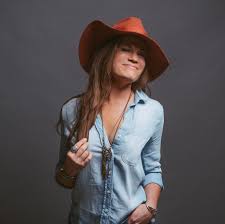 One way for solving numerous medical problems is a online. Minor change in basic lifestyle, another is drugs.