This week we return from summer’s last hurrah just in time to embrace some amazing new music slated for release this fall.

In September alone we’ll be rewarded for our patience with new material from Bon Iver, Dawes and Greensky Bluegrass. October will follow-up with a new album from Jimmy Eat World, and both months we’ll be celebrating the continued slow-leak of great tracks off a 2015 OJR release.

Here’s your New Tracks on the Trail lineup for this week: 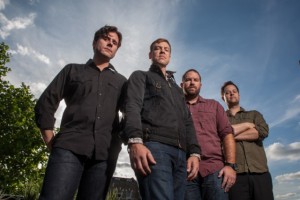 -Jimmy Eat World: New material from one of the best pop punk bands of all time’s ninth studio album, Integrity Blues. Due Oct. 31, the album is the first from the Arizona band since 2013’s Damages.

-Bon Iver: The long-awaited followup to Bon Iver’s hit self-titled album in 2011, 22, A Million was already debuted in full by the indie folk band at last month’s Eaux Claires Music Festival in Wisconsin. In case you’re wondering, Bon Iver’s Justin Vernon has been up to a lot in the last five years. The new album is due Sept. 30.

-OJR: Another track off the self-described acid cowboy’s 2015 release, Nashville Demos. Originally from Virginia and now in Kentucky, ORJ was recently honored by NPR’s World Cafe for his “wicked wit.” Read the short review and listen to some of the material HERE. 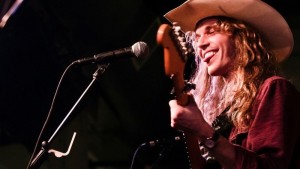 -Greensky Bluegrass: A few tracks from the five-piece bluegrass band’s follow-up to 2014’s If Sorrow Swims. The new album is titled Shouted, Written Down & Quoted, and it’s set to be released Sept. 23. Greensky Bluegrass recently sold out back-to-back shows at Red Rocks, The Ryman Auditorium and closed out this year’s Telluride Bluegrass Festival. Read Billboard’s take on the first single, Past My Prime, HERE.

There ya have it – another Tuesday, another round of New Tracks on the Trail!

Thanks to Rockin’ Rudy’s for sponsoring!

One option for solving numerous medical problems is a on line. Major change in basic lifestyle, another is medicine.