You’d easily be forgiven for leaving him off your list of great rock ‘n’ roll songwriters.

But you’d also be wrong.

Nearly 20 years since his last solo album, Steven Van Zandt – aka “Little Steven” – greeted 2017  with a full set of originals.

Soulfire marks the sixth solo release from the charter member of Bruce Springsteen’s backing crew, the E Street Band, and his first since 1989’s Revolution. 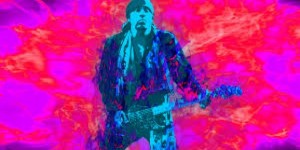 Released in May, Rolling Stone named it one of the 50 best of the year so far, lauding Van Zandt’s willingness to re-embrace the “signature style” of his first solo release in 1982, Men Without Women.

AllMusic’s Stephen Thomas Erlewine echoed that praise: “Anybody who has followed his music, either on his own of with Bruce Springsteen, will find Soulfire comfortably bracing: It’s big, brassy, and soulful, and the E Street shuffle is on full fire.”

Tomorrow on New Tracks on the Trail, we’ll give you a sample of what Erlewine was talking about with the newest single off Soulfire.

Van Zandt – who hosts the Trail 103.3’s longest-running syndicated show, “Little Steven’s Underground Garage,” every Sunday night at 8 pm – just announced he and his longtime backing band, the Disciples of Soul, will kick off a North American tour Sept. 23 in New York.

For more, check out this pretty in-depth Billboard interview from last May.

• We’ll celebrate the upcoming release from another rock legend who’s somehow slipped under the radar in recent years.

We’re talking about former Led Zeppelin frontman Robert Plant, who will celebrate this fall his first solo release since 2014.

Carry Fire, due Oct. 13, is 10 originals and one cover – Ersel Hickey’s 1957 rockabilly hit, Bluebirds Over the Mountain” (which also features Chrissie Hynde on guest vocals). 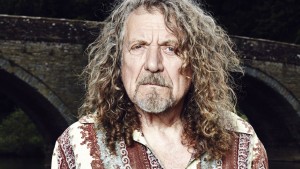 According to Plant, the self-produced album – his 11th – was inspired by reflections “on the experiences, the emotions and the sounds” of his life journey up to now, as well as where he might be headed next.

That would be John Mayer, who someone manages to stay in the spotlight year after year – as much for his personal life as his music.

Fresh off tour with former members of the Grateful Dead, the seven-time Grammy Award winning singer, songwriter and guitarist is celebrating the April release of his seventh studio album, The Search For Everything.

Pitchfork described Search as “pleasantly bland” in a pretty scathing review, but Erlewine praised Mayer for slipping away from his “dalliance with Laurel Canyon country-rock” and back into the “soulful” sound of which he was initially successful.

• The Cincinnati-born, Brooklyn-based indie rock five-piece known as The National is gearing up for their seventh album, a so-called “breakup” piece that reflects not so much the demise of frontman Matt Berninger’s marriage as what could happen should he not undertake the work.

“It’s about marriages falling apart,” he told British online newspaper The Independent last week. “I’m happily married, but marriage is hard and my wife and I are writing the lyrics together about our own struggles, and it’s difficult to write, but it’s saving my marriage.” 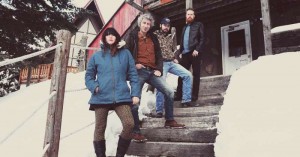 Last month it’s first single, “The System Only Dreams in Total Darkness”, was the band’s first-ever to reach the top spot on a Billboard songs chart.

• She’s been a mainstay on the Missoula live music scene for two-plus decades, but finally Andrea Harsell stepped off the stage and into the studio to put together a 12-track album with backing band Luna Roja.

We haven’t heard what to expect from Something for the Pain, which is due Sept 15 – only that the material ranges from American roots music to jazz and even country.

But we do have a preview track that will hopefully be enough to get you to that evening’s album release party at The Top Hat.

There ya have it – another Tuesday, another round of New Tracks on the Trail! Thanks, as always, to Rockin’ Rudy’s for sponsoring this weekly segment!