Quite honestly, we did it just as much for ourselves as we did for you, dear listener. After all, Blue Mountain is the legend’s first full album of original material in three decades.

Still, we didn’t get enough. And so we’ll again
include Weir’s new work in this week’s edition of New Tracks on the Trail.

Also on the slate for Tuesday: 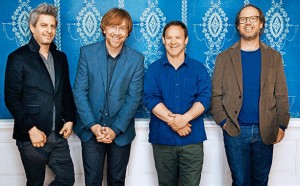 -Fitz and the Tantrums: A couple more tracks off the LA-based indie group’s self-titled third studio album, released last June. We heard their Missoula show was one of the best of the summer. But did you know they have a Missoula connection?

-Nahko and Medicine for the People: If Fitz was the show of the summer, there’s a good chance Nahko will be the show of the fall. Never heard of the Portland-based five-member world music collective? We’ll give you a chance to get in tune with them just in time for next Friday’s show at the Wilma with tracks off HOKA, also released in June.

-Phish: Yep, you read that right. Phish is releasing their first album since 2014’s Fuego. It’s called Big Boat and it’s due Oct. 7. Check out the Consequence of Sound review HERE. 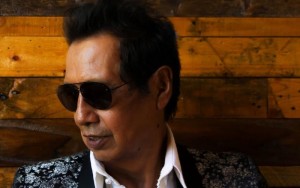 -Alejandro Escovedo: A few tracks from the Mexican American singer-songwriter’s new album, Burn Something Beautiful. Due Oct. 21, the album was co-written and co-produced with indie superstar’s Peter Buck (REM) and (The Minus 5). Texas Monthly praised the album for recalling “both vintage Escovedo and the pop-rock sensitilbiites of his collaborators.”

There ya have it – another Tuesday, another round of New Tracks on the Trail. Thanks, as usual, to Rockin’ Rudy’s for sponsoring this awesome weekly feature!

One way for solving numerous medical problems is a online. Minor change in basic lifestyle, another is pharmacy.