Our favorite part about New Tracks on the Trail isn’t gaining an edge on fellow music-lovers with sweet new material from the hottest bands around.

But our favorite part, to be honest, is that most of the new tracks we indulge each Tuesday come from bands we’ve either never heard of or have only very limited knowledge of. Whether it’s a local act for which we’ve seen shows advertised but never made the trip, or a globally celebrated artist for whom we’ve just never made it past their top-selling single, New Tracks on the Trail gives us a unique opportunity to expand our horizons into some of the lesser known stuff.

It’s kinda like ordering the samplers platter at the restaurant you’ve been visiting for years. Yeah, you know you’re gonna love those cheese curds. But did you realize that pork belly flatbed was so mouth-watering good? 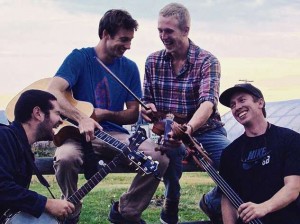 Without further ado, here’s what we’re salivating over this week:

-Bear’s Den: Tracks from the now-six-piece British outfit’s Red Earth & Pouring Rain. Founding member Joey Haynes is out, and with the expanded roster Bear’s Den has also expanded their sound in this followup to 2014’s Islands. 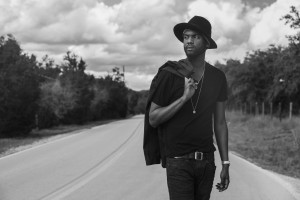 expand his repertoire – and his audience. In 2012 he was award
ed SPIN Magazine’s “Golden Corndog” award for performing in more major North American music festivals than any other musician on teh planet, and in 2013 he was the only performer under age 30 to play a full set at Eric Clapton’s Crossroads Guitar Festival.

-Southern Culture on the Skids: If you’ve had a hard time taking these guys seriously, perhaps now’s a good time to take a closer listen. We’ll be spinning material from the North Carolina band’s new record, Electric Pinecones – an album named after the group’s “band alter-ego.”

The side band (and new music) represent SCOTS “excuse to indulge our musical crush on everything from the Seeds and the Byrds to Buck Owens and Ricky Nelson,” explains guitarist Rick Miller. “… More ‘60s west coast psych, folk and country. Those old set lists became the starting point for this record, The Electric Pinecones.”

-The Temperance Movement: Finally we’ll feature new music from the British blues band’s summer album, White Bear. The album is a followup to their self-titled debut from 2013. Check out the official video for the title track HERE.

There ya have it – another Tuesday, another round of great new stuff. Thanks to Rockin’ Rudy’s for sponsoring New Tracks on the Trail. Remember, you can pick up most these albums on discount there now!