What’s most interesting about Paul McCartney’s career today is not simply that he’s still alive and rockin’, but that he keeps finding ways to reinvent himself.

I mean, you’d think after five-plus decades of legendary status he’d be content to just phone it in, collect his dues and spend as little time in the studio and doing promotional appearances as possible.

But perhaps that’s precisely why Macca remains relevant – like hemoglobin in the blood, rock and roll seems to be the mechanism by which the former Beatle continues to deliver oxygen to all his vital components. 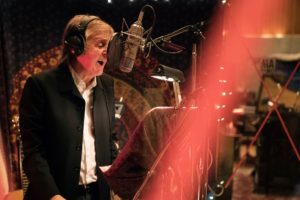 So, while his peers has been wining and dining – the ones who remain on this earth, that is – Paul has been honing his craft. The result is his 18th solo release, the fearlessly introspective and vulnerable Egypt Station, which dropped earlier this month on the Capitol Records label.

“Make a list of all the songwriters who were composing great tunes in 1958,” challenged Rolling Stone’s Will Hermes in his review of the “classic” 16 track collection. “Now make an overlapping list of the ones who are still writing brilliant songs in 2018. Your list reads: Paul McCartney.”

We broke it in on the Trail with it’s first single, “Come On To Me” back in June. We’ll dip in again on this week’s edition of New Tracks on the Trail.

• One of the most celebrated female rock vocalists of all time, Ann Wilson, has turned her angst into something a little more like nostalgia since Heart all but disbanded several years ago.

The result is her second solo LP, a collection of classic covers from artists and influences who have passed.

Released Sept. 14, Immortal‘s track list ranges from the way, way back (Lesley Gore’s “You Don’t Own Me”) to the somewhat more modern (Audioslave’s Chris Cornell-penned “I Am the Highway).

We’ll venture into an era somewhat in between – in fact, to the exact year Heart made its first commercial breakthrough with “Crazy on You.” The year was 1976, the artist was Tom Petty, the song is “Luna” – and this rendition features Warren Haynes on guitar.

Read more about the project HERE. 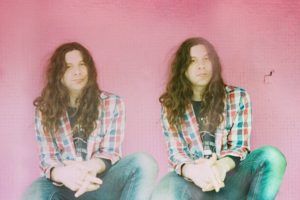 • Speaking of great modern guitarists, we’re excited to announce Kurt Vile has finally settled on a date for his next release: Oct. 12 is the day; Bottle It In is the title.

The 13-track effort – his first since 2015’s b’lieve I’m goin down… – features guest appearances by Kim Gordon, Cass McCombs, Lucius and more. We actually debuted its first single, “Loading Zones”, on a New Tracks last month – but at that time the track was released as a “standalone single.”

Catch Vile on tour pretty much from now until forever, with European dates running October through November and US dates following until at least March.

• We’ll also take our second dip into The Record Company‘s latest release, All of This Life, which dropped in June.

We featured the first single from the LA blues/rock trio’s sophomore set back on a New Tracks in April. The follow-up to 2016’s Grammy-nominated debut, Give It Back to You, the new collection showcases a bit more complexity from the band – both musically and in its production style, according to AllMusic critic Mark Deming.

“On their second turn at bat, this band have managed to fill up their sound ab it without cluttering their surroundings, and the additional harmonies, keyboards, and guitar overdubs on All of This Life put muscle and not fat on the frames of these songs,” Deming writes. “… The performances are strong enough that the energy and commitment pull these tunes over the finish line when all else fails.”

Australia’s highest selling independent artist of all time broke through with three platinum-selling albums in a row starting in 2004; but this new one (their seventh) marks a little bit of a different direction for the band. Most notably, this one was recorded mostly by Butler as a solo project – the band only added in later for live support.

In a press release announcing HOME‘s release, Butler described the album as a therapy session of sorts – a way of managing the personal struggles and anxieties of life and love.