It’s been quite the year for Lukas Nelson.

In addition to touring as backing band for Neil Young – and both appearing in and writing for upcoming Bradley Cooper/Lady Gaga remake A Star is Born – Lukas, son of Willie, has also been working on a new album with the group he fronts, Promise of the Real.

The California-based five-piece earned a nomination at last year’s Americana Music Awards for their self-titled debut and is up for Best Duo/Group at this year’s ceremony (which happens Wednesday, by the way). But in the meantime, they’ve managed to split the difference between full-lengths with a short, five-track EP that features a little bit of old, a little bit of new – and a cover, for added fun. 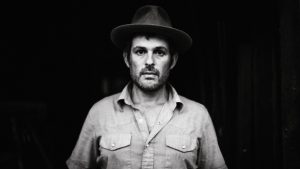 The project is titled Forget About Georgia and it features two different takes on the title track, which first appeared on last year’s collection. It also features two brand new originals and the band’s rockin’ take on David Bowie’s “Life On Mars.”

We’ll help Nelson and company celebrate with an inclusion in this week’s edition of New Tracks on the Trail!

• It’s been five years since his last solo album of original material, but Gregory Alan Isakov has finally resurfaced with some new work.

Two years after his collaborative album of “remakes” with the Colorado Symphony, the South African-born, Philly-raised singer/songwriter has announced the release of Evening Machines on Oct. 5.

Recorded at his converted barn studio outside Boulder, Colo., the album was reportedly recorded during the nighttime hours “so as to avoid conflicting with his work in his gardens.”

Catch Isakov LIVE when he plays The Wilma on Sept. 23.

• He kicked off his music career more than six decades ago, but Ural Thomas is really just now getting started – or at least he’s finally garnering some commercial attention.

The 78-year-old, Portland-based retro soul singer will follow up his 2016 studio debut with The Right Time, featuring his seven-piece backing band, The Pain. Thomas, who previously worked with Otis Redding, James Brown and more, apparently hasn’t ventured far from his roots on the new project, described by Black Grooves as “11 tracks of old-school R&B with a funky groove.”

The album is set for release Sept. 28.

• You’ve probably heard her pop-friendly hit, “Suddenly I See” – but if that’s all you expect from Scottish-born singer/songwriter KT Tunstall, you’ve missed out on her best stuff.

Almost two decades after her debut release, the rocking singer and musician is still making a case for relevancy with her sixth studio album, WAX. Co-written and produced by Nick McCarthy of Franz Ferdinand, the album is the second in a trilogy featuring themes of soul, body and mind. 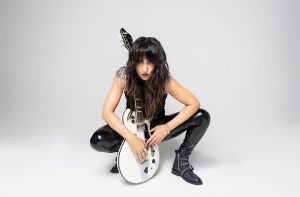 The 11-track collection – followup to the soul-themed KIN in 2016 – is focused on “body and complex relationship with physicality,” according to Stereoboard.com.

• Another Trail favorite is headed to Missoula in the wake of their latest release.

We’re talking about Indian-based Houndmouth, who will hit The Wilma on Sept. 16 in support of their third studio album, Golden Age, which dropped in early August.

We’ve already featured one track from the new project on a New Tracks past; now we’ll venture further into the project, which we understand marks a shift for the band away from its indie/soul sound into something more experimental and synth-y.

That shift followed on the heels of the departure of founding member Katie Toupin in 2016.

“This latest album is much more electronic than country guitar—think Black Keyes and Daft Punk,” writes Kayln Oyer of Charleston’s The Post and Courier. “The band’s signature harmonies remain, coming through crisp and clear indie-rock style.”

Despite the setback, the beloved 1980s-era rock band has continued to tour with help behind the microphone, notably from Marshall Crenshaw and the Gin Blossoms’ Robin Wilson.

The band also continued with plans to release an album of covers. Aptly titled COVERS, the 22-song collection was finally released in May. It features a number of tracks the band was known to have performed live during its three-decade-plus tenure, but also a few unreleased tracks as well.

Among the highlights: Songs made famous by the Beatles, the Kinks and Bruce Springsteen.