In what is perhaps the sickest Catch 22 of all artistic inspiration, we see it again and again – remember Warren Zevon’s last-days work in 2003? How about David Bowie’s parting gift, the album Black Star in 2016?

Well, we’ve got another one, and though we haven’t had a chance to hear it all we can bet that it’s gonna rock the charts – and award shows – in the months ahead. 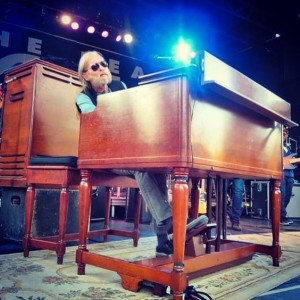 In what resembles the natal homing of Pacific salmon, Allman returned to his roots – the legendary FAME Studios in Muscle Shoals, Alabama – in March to create his first album in five years with producer Don Was.

Longtime manager Michael Lehman said Allman didn’t have the strength to work for more than a couple hours per day, but by working quickly – recording live often in just one or two takes – he was able to put together the capstone on his legacy.

“His vocals are so compelling, and hearing them and knowing where he was in his life’s journey – it’s just chilling, honestly,” Lehman told Variety shortly after Allman’s death.

We’ll be featuring one of the later, album opener “My Only Friend”, on tomorrow’s edition of New Tracks on the Trail.

• Perennial guest performer Jackie Greene is celebrating his new “homebrew” creative process with the the first two EPs recorded by himself in the basement of his New York apartment.

Modern Lives Vol. 1 – due Oct. 13 – is six tracks; we’ll give you a taste with the self-titled debut single.

In January, Greene shared a bill with Anders Osborne at The Top Hat; the two will do some more touring together this fall. 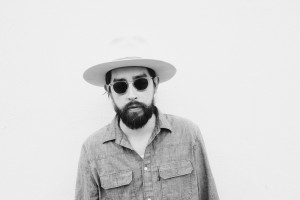 • We’ve rather enjoyed the smooth electro-riffs and uplifting vibe of Dan Auerbach‘s recent single, “Shine On Me”, since debuting it on New Tracks last April.

Needless to say, we’re pumped to take a listen to the second single off singer/songwriter’s June solo release, Waiting On a Song.

Described as his “love letter to Nashville,” the album was released on Auerbach’s new record label, Easy Eye Sound.

Check out details on his newest project  – yes, a soundtrack of murder ballads for an upcoming graphic novel with blues artist Robert Finely.

• We knew Van Morrison was prolific, but we had no idea just how prolific until we saw the number: 37.

That’s how many studio albums the Norther Ireland-born singer/songwriter will have released once his latest, Roll With the Punches, drops in September.

Granted only five of the new record’s 15 tracks are original compositions, but still – that’s a lot of continuity for Morrison, who first reached superstardom as the lead singer for Them in the mid-1960s.

Morrison called Roll With the Punches his salute to the blues masters who influenced and shaped his own career.

“I was lucky to have met people who were the real thing, people like John Lee Hooker, Jimmy Witherspoon, Bo Diddley, Little Walter and Mose Allison,” Morrison said in a press release announcing the new album.

“I got to hang out with them and absorb what they did. They were people with no ego whatsoever and they helped me learn a lot.”

• Finally, if you haven’t got your tickets to this weekend’s inaugural Travelers’ Rest Festival – you’re pretty much out of luck.

Yep, it’s true passes to the two-day event curated by The Decemberists are officially sold out, and we’ve given away our last pair.

But that’s not stopping us from previewing the fest anyways with new music from one of the co-headliners, Belle & Sebastian.

The Scottish indie pop group is back with a new single – it’s first since the release of the Girls in Peacetime Want to Dance LP in 2015.

Check out the Spin review of “We Were Beautiful” HERE – and we hope to see you dancing at the show this weekend!

There ya have it – another Tuesday, another batch of New Tracks on the Trail. Thanks as always to Rockin’ Rudy’s for sponsoring this weekly event!