Nothing puts political despair in perspective like a family crisis.

Deep into the creation of her follow-up to 2014’s Unrepentant Geraldines, Tori Amos found her work thrown wildly off its trajectory with the election last fall of Donald Trump to the U.S. Presidency.

Those who have followed the singer/songwriter over the course of her soon-to-be-15-album career shouldn’t be too surprised about that.

But what gives the upcoming Native Invader a unique twist, even by Amos’ own standards, is the personal sea change she experienced shortly after that: Her mother, Mary, suffered a severe stroke that left her partially paralyzed and unable to speak. 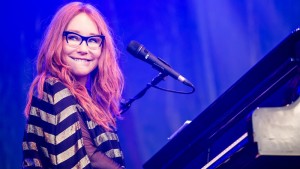 Thus resulting material, consequently, is as wide ranging as it is intense.

“The album takes America’s current tumultuous political landscape, the ravaging of our planet, the highs and lows and complexities of love and the recent stroke …” wrote Huffpost’s Noah Michelson in his feature profile of the artist last week.

Native Invader, which Michelson describes as Amos’ “most political album yet”, is due Sept. 8.

We’ll provide a little teaser as part of this week’s edition of New Tracks on the Trail.

• We introduced you to Gov’t Mule‘s “Sarah, Surrender” on a New Tracks in April; now we’ve got another off the band’s 10th studio album, Revolution Come…Revolution Go.

Released in June, the album continues the band’s two-decades legacy of classic jams mixed with personal storytelling and a political lilt. 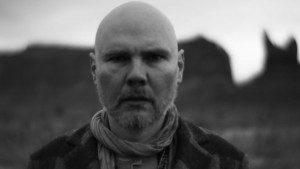 • He’s going by the name William Patrick, but you known him better as Billy.

We’re talking about Corgan … you know, of Smashing Pumpkins fame? Yeah, we’re not sure about the name-change either; yet, truthfully, we’re not surprised.

Due Oct. 13, we’ve only heard its first single, “Aeronaut”, which Stereogum aptly described as an “Elton John” version of “Disarm.”

According to W. Patrick, the stripped-down sound from the opening track is pretty indicative of the full release.

“For as long as I can remember the delineation point between songs I wrote for myself and songs I’d pen for whatever band was something I couldn’t explain,” he said. “And it remains so, for they all feel quite personal to me, no matter their time or era. The long difference on songs for Ogilala is that they seemed to want little in the way of adornment.”

Corgan will premiere his new work on a short tour starting Oct. 14 in Brooklyn and wrapping up Nov. 11 in Los Angeles.

-Phish bassist Mike Gordon is back with his fifth solo release, a 13-track effort titled OGOGO.

The follow-up to 2014’s Overstep was produced by Grammy Award-winning engineer Shawn Everett, and most devoted Phishheads have probably already heard nearly half the tracks.

Four of them were debuted live by Gordon and his backing band at the High Sierra Music Festival in June; a sixth has been performed by live by Phish. In fact, it was written and recorded for the Vermont jam band’s 2014 album, Big Boat, but didn’t make the final cut.

Gordon will lead his band on a tour starting later in September in Athens, Georgia.

• Finally, they spent the past couple years exploring side projects, but Swedish indie pop band Shout Out Louds is finally back with a new album – and a new sound.

Well, they’re partially back. Somewhere along the way they lost their drummer, Eric Edman.

Ease My Mind, which is set for release Sept. 22, is the band’s fifth album. It was produced by Fredrik Swhahn of Swedish rock band, The Amazing – and according to at least one critique it marks a split from their heavy synth sounds into something a little more acoustic and organic.