When it comes to good music, talent is important but not essential. What is essential is having a story to tell. No one ever successfully hammered out his joys and pains on a piano or wailed out her biggest fears on stage without truly having a story to share.

And that’s why we’re so excited to experience the movie and soundtrack that is “Miss Sharon Jones.” 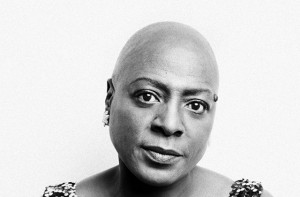 From what we’ve read, the documentary details the Dap Kings’ frontwoman and her very intimate – and very grizzly – battle with Stage 2 pancreatic cancer. Were that not heroic enough, Jones has insisted on continuing her musical journey despite the cancer’s return late last year.

We can only sit back in awe and gratitude as Jones transforms her tragedy into the gift of talent AND story for us all. And thus it is with great honor that we feature new work from Sharon Jones & the Dap Kings during this week’s segment of “New Tracks on the Trail.”

–The Record Company: Another track from the LA-based buzz band’s first full-length album, Give It Back To You. Released in February, the album’s lead single, “Off The Ground” reached No. 1 on the Billboard Adult Alternative Songs chart.

–Blind Pilot: We featured them last week and couldn’t get enough. Enjoy some more new music from the Portland indie folk band’s album, And Then Like Lions, due Aug. 12. Blind Pilot will play Missoula Aug. 10.

Hope you enjoy! And as always, thanks to Rockin’ Rudy’s for sponsoring “New Tracks on the Trail.”

One way for solving numerous health problems is a online. Minor change in basic lifestyle, another is pharmacy.