Last week we wrote about the great irony of addiction, sickness and death and how it inspires such magnificent art.

In a similar vein, you could argue fascism and suppression does the same – though in both scenarios, we wonder sometimes if risking the baby might still be worth throwing out not just the bathwater, but the tub and all. 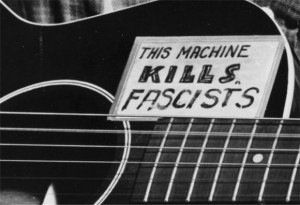 While we enjoy the fruits of passionate politically charged music, if its ignition comes at the cost of squandered freedoms, dissolved rights and – as we saw this past weekend in Charlottesville, lost lives – then I guess we’re fine with our small collection of ’60s anthems.

As of yet, we still haven’t been forced to make that choice. And so today, while one of our ears stays close to the ground, the other will bask joyfully in the inspired new stuff.

Already we’ve featured quite a bit of new music that fits into the category – from the song-a-day “30 Days, 30 Songs” project that kicked off in January to the new Jack Johnson disc we featured last week – our airwaves have already become saturated with rally cries and anthems of angst.

Then there’s Roger Waters, whose entire world tour has been delivered as a statement against our 45th president. In fact, just last week the former Pink Floyd frontman told critics of his anti-Trump tour to “go see Katy Perry” instead.

And now, yet another contribution – this one from a band a little less well-known than those we previously mentioned, but whose vision is so populist (and so biting) it just may ultimately be the one that stings the most.

We’re talking about the Omaha-based “feminist pop” outfit known as The Mynabirds.

The brainchild of singer/songwriter/pianist Laura Burhenn of Georgie James and Bright Eyes fame, The Mynabirds will release their fourth studio album later this month and it’s their most charged material thus far.

Written during a two-week time frame following Trump’s inauguration, several of the tracks on Be Here Now were directly inspired by Burhenn’s participation in the Los Angeles women’s march – the largest of the daylong series of demonstrations.

In fact, according to at least one account, Burhenn recorded the chants and songs from the march and brought them back to the studio in Nashville as inspiration.

“I’ve always considered myself a very political person,” she wrote in a column for Under the Radar last week. “But when someone like Donald Trump gets elected and seems to be undoing everything we’ve fought so hard for, it’s easy to feel overwhelmed. I know I do.”

The new work is drawing comparisons to Tori Amos and Chrissie Hynde. It’s title – borrowed from a book by spiritual teacher Ram Dass – references the singer’s belief that the Buddhist practices of mindfulness, and staying present despite discomfort, are what help her transform negative anger into positive action.

We’re excited to give this breed of expression an outlet this week for our New Tracks on the Trail feature. And whether you lean right or left, or like many others have tuned out altogether, we hope you, too, find some inspiration within.

• Ringo Starr has teamed up with an all-star cast of friends and characters for his 19th solo album, Give More Love.

Due Sept. 15, the new work is the former Beatles’ first since 2015’s Postcards from Paradise. Most notable among guests is Paul McCartney, who appears on two tracks.

For more, check out his recent Rolling Stone interview HERE. 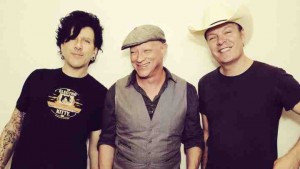 • Dada has made a commercial splash since their debut back in 1993, but that hasn’t stopped the three-piece from continuing to release new material and hit the road for most of the time since.

The notable exception being 1999-2003, when for four years they dissolved into side projects and solo work.

Now Dada is back celebrating their 25th year as a band with a pair of new singles and a new tour.

The double-A sided EP marks the band’s first new single in over a decade. It’s slate for release on Aug. 25.

While you’re waiting, check out the band’s July 16 reunion performance at the Triple Door in Seattle.

• It’s hard to believe that despite 37 studio albums Neil Young still has quite a bit of inventory that’s never seen the light of day.

That list is getting a little bit smaller next month, however, with the release of “lost album” Hitchhiker.

The rock legend was known for being particularly prolific during the mid-1970s, and this album marks a series of acoustic songs recorded during a single night in Malibu with longtime producer David Briggs. 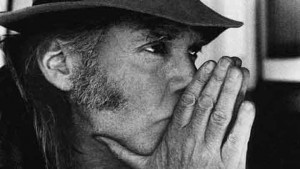 Eight of the 10 tracks eventually made their way onto Young’s more famous releases; two of them never made the cut – until now. One of those we’ll feature tomorrow.

Check out a more extensive telling of the story behind Hitchhiker HERE.

• Finally, English songster Jake Bugg is back with his fourth studio album.

Also appearing on Hearts That Strain is Noah Cyrus, of Miley notoriety.

The first single, How Soon the Dawn, is one of the three featuring Auerbach. You can watch that video online HERE.