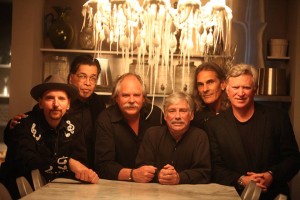 Also on Tuesday’s new track’s rotation:
–Jake Bugg: Cuts from the English indie rocker’s third studio album, On My One, released in June
–Cass McCombs: Work from Mangy Love, the follow-up to last year’s rarities compilation – due in August
–Anthony D’Amato – Tracks from Cold Snap, the follow-up to the American folk rocker’s breakout album, The Shipwreck. Read a review HERE.
–Ray Lamontagne – From his sixth studio album, Ourboros, which was produced by and features My Morning Jacket front-man Jim James.
And as always, a big thank you to our New Tracks sponsor, Rockin’ Rudy’s!
If you like what you hear, visit Rockin’ Rudy’s today and pick up a reduced copy of most these albums!

One option for resolve many health problems is a online. Minor change in basic lifestyle, another is medicine.