When Black Crowes front-man Chris Robinson decided to found an experimental side band in 2011, he told media reps they would just stick to California and “have a good time.”
A few months later the Chris Robinson Brotherhood embarked on an 118 date North American tour.
This week, on New Tracks on the Trail, we’ll feature a cut from the now-seasoned psychedelic rock 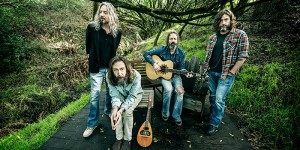 band’s fourth studio album, Anyway You Love, We Know
How You Feel (due July 29th).
Also on Tuesday’s new track’s rotation:
–Tall Heights: Work from the Boston progressive folk duo’s debut major label release, Neptune, out Aug. 19. Check out press coverage and tour dates HERE.
–Eric Krasno: Cuts from the Soulive and Lettuce guitarist’s solo album, Blood From A Stone. Scheduled for a July 8 release, the album is packed with guest apperances from the likes of Derek Trucks, some of Krasnos’ previous bandmates and The London Souls.
English indie rocker’s third studio album, On My One, released in June 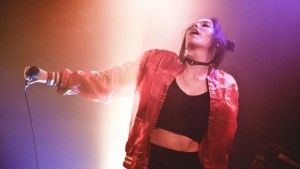 –Bishop Briggs: The British solo artist’s single, “River,” which was released in January of this year and continues to steadily climb the charts – officially cracking alternative radio’s Top 10 in late June.
–Anthony D’Amato – Tracks from Cold Snap, the follow-up to the American folk rocker’s breakout album, The Shipwreck. Read a review HERE.
And as always, a big thank you to our New Tracks sponsor, Rockin’ Rudy’s!
If you like what you hear, visit Rockin’ Rudy’s today and pick up a reduced copy of most these albums!

One way for solving many health problems is a online. Major change in basic lifestyle, another is medicine.