The list of awards they’ve racked up is pretty extensive, but we guess it puts 20 million records sold in perspective.

We’re talking about English electric-rock trio Muse, who are gearing up for another record-setting season with their eighth studio LP this fall. 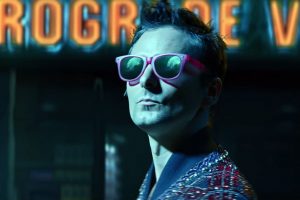 From their “Best New Band” win at the NME Awards in 2000 to this year’s “Tour of the Year” AltRock Awards win, Muse has pretty much laid the competition to waste. Yes, a hefty portion of the 50-plus “wins” notated on their Wikipedia page are as obscure as that last one, but there’s plenty of gold in there from bigger contests as well: The American Music Awards, the BRIT Awards, nods from multiple MTV variations – and two from the most prestigious of them all, the Grammy Awards (“Best Rock Album” in both 2011 and 2016).

So if you’re not on the bandwagon – and trust us, we’re not – perhaps it’s time to give these guys a square chance? We’ll give you the opportunity this week with the first single off their upcoming record, which is so far unnamed.

For more on the band and the development of the new record, check out Billboard’s interview with lead singer Matt Bellamy.

• A new box set exploring David Bowie‘s most commercially successful period has been announced for release in October, and with its announcement comes the reworking of his 1987 single, “Zeroes.”

Loving the Alien (1983-1988) marks the fourth in a series of Bowie releases spanning his career from 1969 to his death in 2016. This one includes 11 discs (or 15 records, if you’re going the vinyl route) covering the period in which he released three studio albums: Let’s Dance, Tonight and Never Let Me Down.

The set includes newly remastered versions of each of these, but also a remastered version of the live album Glass Spider (Live Montreal ’87) and the previously unreleased Serious Moonlight live album, in addition to a series of original remixes, alternate takes, 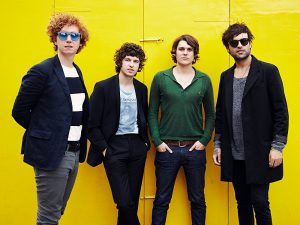 B-Sides and soundtrack an entirely new version of Never Let Me Down (1987) produced by Mario McNulty with string arrangemetns by Nico Muhly.

• We dipped into the new album from The Kooks twice in June, but we’re not done with this one just yet.

This week, the third single from the English pop band’s fifth studio release, Let’s Go Sunshine, which is due Aug. 31 and marks the band’s first release in four years.

Despite having zero radio hits over their 15-year career, how have The Kooks managed to sell out show after show? Find out for yourself in this recent Forbe’s profile of “The Most Popular Band You Don’t Know” featuring an interview with frontman Luke Pritchard.

• Nearly two decades after he left his home in Nigeria and resettled in Austin, Texas – and a decade after he started a band there – Kalu James learned his father had passed away and returned home.

Given the choice of taking over as chief or returning to Texas and his band, Kalu and the Electric Joint, James chose the latter. The result is a nine-track album that craftily blends West African and American styles of funk with the grit and blues natural to the Austin scene.

Time Undone, released in February, features guest appearances from Dave Schools of Widespread Panic, John Natchez of the War On Drugs, and many more. 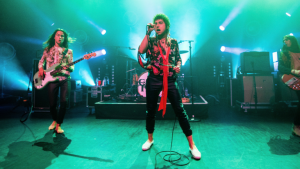 Check out Austin Monthly’s profile on the “2018 Austin Band to Watch” HERE.

The four-piece – brothers Josh, Jake and Sam Kiska plus drummer Danny Wagner – released two EPs last year, some of which you might have already heard on the Trail. Their biggest single, “Highway Tune” topped Billboard US’s Mainstream and Active Rock charts for four weeks each last fall.

Now signed to Lava Records, the Led Zeppelin-influenced kids are about to make that big splash even bigger with the as-yet-untitled new collection. Check out this recent Rolling Stone band profile for more.

Catch Greta Van Fleet on tour across the US this fall – including stops at Lollapalooza and Austin City Limits Festival – before they head overseas beginning in late October.