Some of our favorite flicks are musical biopics: “Ray”, “Love & Mercy”, “Miss Sharon Jones!”, to name a few.

That said, we know it’s hit-and-go. There’s been some bad ones, too. “Hysteria: The Def Leppard Story” anyone? No? 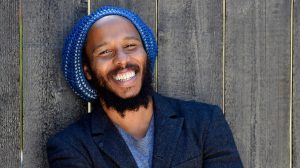 So when we learned earlier this month that Paramount Pictures had purchased the rights to a new Bob Marley feature film, we were reserved in our emotions. Odds of this one being great seem about equal to the chances of it being a gigantic flop.

Thankfully, our fears were dashed – at least part of the way – when we learned who’s behind the project: None other than the reggae legend’s firstborn son himself, Ziggy Marley.

Yep, fresh off last year’s Grammy Award win the son is planning the ultimate tribute to the father, and now we must say we’re officially excited.

But that’s not the only thing going on in the 50-year-old’s sphere. He’s also in the midst of a massive world tour in promotion of his seventh solo release, Rebellion Rises, which dropped in May.

The album – fueled by his “frustration with humanity” – was completely self-written, self-recorded and self-produced. This week on New Tracks on the Trail, we’ll introduce its newest single, “Circle of Peace,” which features guest vocals from Ziggy’s brother and fellow Grammy Award winner, Stephen.

Yes, we’re looking forward to the new track. But we won’t lie – we’re even more excited about the new biopic. Stay tuned!

• No strangers to Missoula, California-based group The Devil Makes Three has announced their sixth full-length is set for release Aug. 24.

Chains Are Broken marks the follow-up to the Americana trio’s chart-busting Redemption & Blues from 2016. 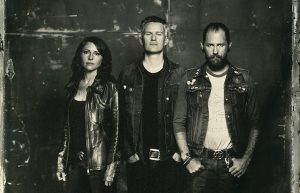 Guitarist Pete Bernhard said the new one, recorded over three weeks on a desolate ranch near El Paso, is “a lot heavier” than records past: “This is the first album where we brought our drummer into the studio with us, so it’s heavier and creepier than other stuff we’ve done before.”

DM3 will kick off a European tour in September, with U.S. dates following – including a Nov. 14 stop at the Wilma.

• They’re not necessarily a new band, but they’re just innovative enough that with each new album they seemingly pick up an entirely new fanbase.

After starting off as a backing band for burlesque shows, the four-tet of multi-instrumentalists broke into mainstream awareness in 2006 with an appearance at Bonnaroo followed by their production of the soundtrack to the Grammy Award-nominated film, “Little Miss Sunshine”.

Now comes their seventh non-soundtrack full-length, This Night Falls Forever. Due Aug. 24, the album is described as “mariachi music, but with a modern twist.”

• We can’t express how much we love Jacob Banks.

The perfect blend of hip-hop and modern soul, the English singer/songwriter blew our minds with last year’s “Chainsmoking” off his Interscope debut, The Boy Who Cried Freedom. 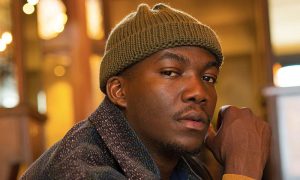 Now working on his first full-length, we’ve got another track off the EP – his third – that we would like to share. While you enjoy it, check out this article for more on the artist with the “unstoppable new sound.”

• And finally, the first single off the self-titled record from Austin, Texas, based supergroup, Glorietta.

Among its four other regular members are a few album guests: Nathaniel Rateliff, chief among them. Together, they all contributed songs to the project, described as a “beautiful mix of voices” that fit like “a low-fidelity puzzle.”