It was a fitting name for the backing band of a beloved musician who would die unexpectedly before his time. 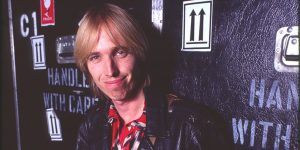 We’re talking, of course, about the Heartbreakers, who along with leading man Tom Petty produced consistent hits for 42 years over 13 different albums – until Petty surprised them (and us) with his untimely death last fall.

Turns out those studio releases were really just a tip of the iceberg for the prolific singer/songwriter, who also recorded a series of solo records and worked with many, many others along the way.

This fall, a year after his departure, we’ll get a taste of some of the other Petty works with a four-disc box set spanning nearly 50 years. Curated by his family and former bandmates, An American Treasure will feature entirely unreleased material – live performances, studio rarities, alternative takes, about 60 tracks in total.

Tomorrow on New Tracks on the Trail, we’ll honor the man with a preview of what’s sure to be a must-own collection.

• After the Black Crowes disbanded several years back, frontman and co-founder Chris Robinson kept his creative juices flowing with a psychedelic rock “brotherhood” that’s already got six studio albums to its name.

Now his actual brother – and the band’s other co-founder – Rich Robinson, is setting out to do the same. 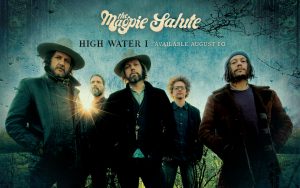 Fresh off a 77-date tour that brought them to Missoula with Gov’t Mule last fall, The Magpie Salute has announced an Aug. 10 release date for its debut studio release, High Water I.

Why the Roman qualifier? Because the collection includes only half of the band’s new works. The other half, aptly titled High Water II, is set for release in 2019.

• Alt-country musician Elise Davis has been slow-leaking her new material one track at at time since last spring, and finally we’ve caught on.

The new 10-track album – follow-up to her 2016 debut, The Token – is titled Cactus. It’s described by at least one critic as a “collection of sultry roots-rock tracks” that demonstrate Davis’ “gritty” and “capable” voice.

For more, check out a recent Billboard profile of Davis HERE.

• Known equally for the improvisational jams that define their live performances and a pair of Top 40 singles that continue to enjoy lots of airplay, New Jersey-based Blues Traveler will celebrate their 31st year as a band with a new record this fall.

“It’s one of the best production experiences we’ve ever had,” said frontman and harmonica-ist John Popper on working with Rollings. “It was an unexpected musical education.” 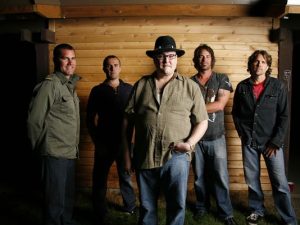 The new record is set for release Oct. 12; they’ll support it with a lengthy fall tour.

• And finally, we showcased “Kids These Days,” the first single off Shakey Graves‘ fifth studio album, Can’t Wake Up, last February. Now, a second one from the album that dropped in May.

Check out the NPR review HERE, and be sure to pick up your tickets to see ol’ Shakey when he hits Big Sky Brewing Company on Aug. 25.