Our idea of great rock doesn’t always jive with the American standard.

Exhibit A: Canadian four-piece Nickleback, who have sold 50 millions albums and ranked only behind the Beatles in sales for the first decade of the 21st century.

We mocked them, slammed them and all but burned their CDs when they first appeared in the late 1990s. And we’re pretty sure they got the last laugh. 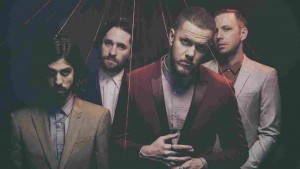 And now, Exhibit B.

We were so completely caught off guard by the international appeal of the boisterous Las Vegas outfit known as Imagine Dragons, that when they first broke through in 2012 we promised to hold our breath until they disappeared again into obscurity.

Well, our face is now blue and covered with egg – not only have they sold 9 million albums and 27 million singles in the five years since, they still hold the record for the most weeks spent on Billboard’s Hot 100 list.

Well, the band everyone adores but us is back with another undoubtedly sensational hit record – and an arena tour to support it.

We featured it’s first single, “Believer,” on a Tuesday in the spring. Now we’ll throw the next one, “Walking the Wire” into rotation.

Tune in to the first New Tracks on the Trail of the summer for a chance to hear the latest from Imagine Dragons.

And click HERE to read more about the album, the single, and how they may have the highest ceiling of any rock band of so far this millennium.

-He made his name on the indie rock circuit not as a solo artist, but as the frontman of a band. But now, a decade later, Craig Finn has moved way beyond the confirments of his Hold Steady work.

Finn’s third solo album, We All Want the Same Things, was released in March. 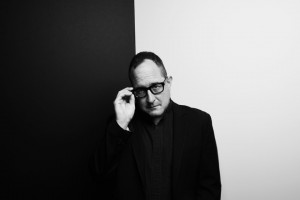 The 10-track effort is garnering critical praise not for being more of the same good stuff, but for being a different type of good stuff.

“Finn’s weathered voice is at its most expressive, tied to songs that take him as far from his comfort zone as he’s ever tread,” writes Sam Sodomsky in his Pitchfork review. “It’s a remarkable record not for sounding like a return-to-form, but for feeling like entirely new territory without sacrificing its thrill or familiarity.”

Read the rest of the review HERE.

-American indie rock band Manchester Orchestra is back to releasing albums after spending most of last year scoring movie soundtracks.

A Black Mile to the Surface, the Atlanta band’s fifth studio effort, is set for release July 28th, with a US tour following in September.

Check out the album’s first single, “The Gold,” HERE, and then tune in to the Trail on Tuesday to hear the follow-up.

-Some bands can’t reproduce their studio sounds on the stage. Others, however, seem more adept at performing their stuff before a live audience.

Chief among those – at least for the past year or so – is Cage the Elephant, which truly manages to turn its live shows into a sonic journey for the lucky who score tickets.

That’s why we’re so excited to check out their upcoming live album, Unpeeled. 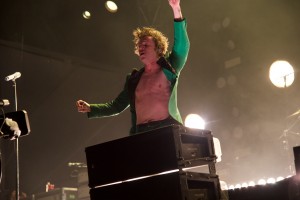 Also due July 28th, the album was cut from a series of performances specifically designed to strip the band’s sound down to its most intimate layers. Eighteen of the album’s 21 tracks are curated from previous Cage albums; the remaining three are covers. All include a string quartet and additional percussion.

Check out their version of Wreckless Eric’s “Whole Wide World” and learn more about he project HERE.

-Finally, we gave you a dose of the new String Cheese Incident album with a few spins of its first single, “My One and Only,” back in April.

Now, with the summer festival scene heating up, we’ll dip back into it for a little more.

Believe, which was produced by former Talking Head Jerry Harrison, is the Colorado jam band’s seventh studio album. It also marks their 20th anniversary together.

Check out this awesome interview with bassist and founding member Keith Moseley about the project, and then be sure to tune in all day tomorrow!

It’s New Tracks on the Trail – every Tuesday on the Trail 103.3. Thanks as always to Rockin’ Rudy’s for sponsoring!