If keeping you waiting was one of the reasons Gorillaz is your favorite band, then we’ve got bad news to report, buddy. 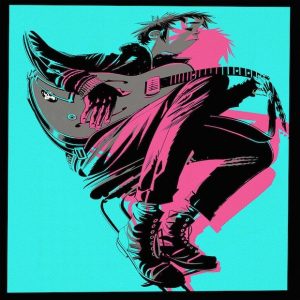 The mysterious crew of animated animal-beings has decided to cut the gap between new album releases by almost 17 percent. For those of you who can’t do math, here’s what we mean: After waiting six years between The Fall and last-year’s Humanz, Damon Albam and company are back with yet another one slated for the summer of ’18.

Yep, with the June 29 release of The Now Now, Gorillaz can now formally say they’ve averaged an album every other year since 2010.

Tongue-in-cheek criticism aside, we’re excited with what we’ve heard so far of the new stuff. Albam said he wrote the 11 tracks during the band’s recent North American tour, which limited guest appearances (from 16 on Humanz to just three on this one) and forced him to put more effort into, well, singing.

The Now Now was produced by James Ford (Arctic Monkeys, Florence + the Machine). Gorillaz will support it with a few additional U.S. arena dates in October, wrapping up with the second edition of the Demon Dayz Festival on Oct. 20 in LA.

We’re excited to feature the lead-off single from the new material as part of this week’s edition of New Tracks on the Trail!

• Fans of English singer/songwriter Nick Lowe are celebrating his first release since 2013’s Christmas song collection. The four-song Tokyo Bay/Crying Inside EP features two Lowe originals as well as covers of the Bee Gees and Cliff Richards – with Lowe backed on each with his recent tour-mates, Los Straitjackets.

Tokyo Bay/Crying Inside is set to hit the shelves June 15.

• We’ll stay in England for the newest single from pop rockers The Kooks, who will drop their fifth studio album Aug. 31. That’s unless you count last year’s greatest hits compilation, which included two new tracks in celebration of the four-piece’s 10th anniversary. 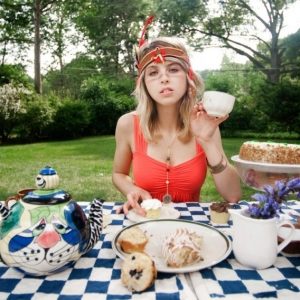 • It’s not every day we feature a harpist on the Trail, but to be fair Mikaela Davis has really expanded her musical repertoire for her upcoming full-length debut, Delivery.

Yes, harp is still her primary musical language, and she continues to explore that in this collection of 10 new songs. However, she’s added piano to the mix and, quite frankly, does well enough with singing and songwriting alone.

Due July 13, Delivery has been described as an experimental blend of folk, funk and ’80s pop, it was produced by John Congleton (Angel Olson, Future Islands, St. Vincent), and we encourage you to read all about it HERE.

• Finally, he’s from Missouri and he made his name in New York City, but Israel Nash now calls Texas home – and his music seems to really dig that.

Described as a “modern-day hippie-spiritual” of “meticulously crafted, multi-hued rock and psychedlia,” Lifted marks Nash’s fifth full-length studio release and first since he partnered with Bright Light Social Hour for a three-song EP in 2016.