Good news: the warm weather is just getting started.

The bad? That means we’ve still got a ways to go until the peak event, Missoula’s River City Roots Festival.

We’re not one to rush summer, but if there were a way to fast forward to this year’s downtown music and arts festival, we’d certainly give it a thought. Of course, it would be nice if that came with a rewind button as well. Just sayin … 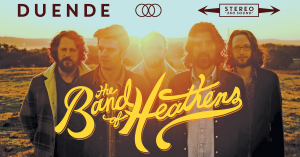 This year has the potential to go down as one of the greatest in Roots Fest history thanks to a stacked line-up of local, regional and national talent. And it all leads up to back-to-back performances from two of Americana’s biggest acts Saturday night – Band of Heathens and Anders Osborne.

We’ll be featuring a lot from these two in the coming months, starting tomorrow with an introduction to Band of Heathens‘ latest release on New Tracks on the Trail.

Released in January, Duende is the Austin band’s 13th studio release and first since they cracked into mainstream conversation with 2013’s critically acclaimed, Sunday Morning Record.

“An album built around connection and collaboration, it spotlights a pack of players whose influences – Southern boogie-woogie, stoned soul, heartland country-rock and all points between – are as wide-ranging as their tour dates,” wrote Andrew Leahey in his review.

The band released a new music video to support the album earlier this week.

Enjoy the music, mark of your calendar and we’ll see in the streets for Roots Fest!

-Cincinnati five-piece The National is back with their seventh LP and first in four years.

Sleep Well Beast is due September 8th,  but the indie rockers are giving us an early taste this week with the release of its first single, “The System Only Dreams in Total Darkness.” 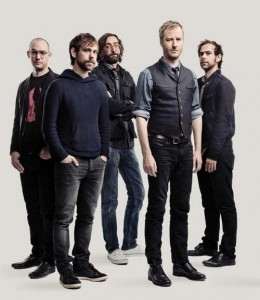 -It goes both ways: If you’ve heard of Peter Himmelman, we’re not surprised; if you haven’t, well, that would be understandable as well.

The Minnesota singer-songwriter has been working in bands and as a solo artist since at least the mid-1980s, but most his fame and fortune has come through scoring TV shows and films (Judging Amy and Bones, among others).

Himmelman is celebrating the recent release of his 13th (non-children’s album) solo effort, There is No Calamity, and we’re excited to give you a little taste.

-If you made last weeks’ Fleet Foxes show at the Wilma, congratulations: You have officially entered the Kingdom of the Hip. If you were among those singing along to the classics, well, you just might have inherited the throne.

Jokes aside, there’s no doubt the Seattle-based quintet is the hottest thing in indie rock right now on the eve of their third studio release.

Crack Up, which comes out June 16, is the band’s long-awaited follow-up to 2011’s Helplessness Blues. Only the privileged have heard the studio tracks, but a handful of devoted fans have enjoyed live previews of the new music at sold-out shows in Missoula, Spokane, Portland and Seattle. 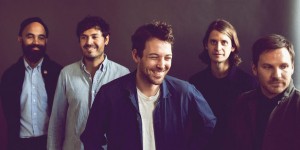 The band will continue its world tour with a four-night run at the Sydney Opera House later this week.

Love. Ain’t Love (due June 23rd) was recorded at Coupe Studio in the the bluegrass outfit’s hometown of Boulder, Colo., by longtime collaborator John McVey.

Yonder, which celebrates its 20th birthday next year, released a video for the album’s first single, “Bad Taste,” earlier this week. Check it out and pre-order the new album HERE.