A free koozie to anyone who was previously familiar with ALL FIVE of the artists/bands featured on this week’s New Tracks on the Trail.

Actually, you know what – take a koozie if you know just ONE of these groups. We sure the heck didn’t.

All five were hand-picked by Tommy for his Tuesday night “New Show” – and after giving them a listen, Trail program director Robert Chase decided they were fit for our daytime rotation. So now, we guess you could say, they’ve arrived.

-Danish singer Agnes Obel blew up in Europe after her self-produced debut, Philharmonics, in 2011, and has since become a staple on U.S. television shows and movie soundtracks.

Now she’s back with her third release, Citizen of Glass, which makes true on her intention to move away from the piano and into alternative stringed instruments and keyboards – like the 1920s-era Trautonium.

The new record, which was released in October, marked her first Top 40 album in the UK and subsequently beat out Radiohead for IMPALA’s Album of the Year award.

Check out her tribute to the late Leonard Cohen:

-Just two years after they shook up convention with their first self-titled debut, London-based alt-pop group Oh Wonder is back with Ultralife.

Their first record – released online one track at a time  – was noted for its down-to-earth and poetic songwriting; the new one for its anthemic, celebratory tone.

“Across its twelve tracks, (lead-off single) ‘Ultralife’ is set to take the hallmarks of the band’s signature sound and add new life and energy, experimenting more with sounds and a variety of genres,” explains DIYmag.com.

Learn more about the band’s rise and how they’re handling their newfound fame in this awesome interview in the London Standard. 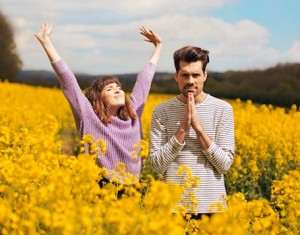 -The first time around, they leaned heavy on the support and production of colleague Danger Mouse.

This time, Electric Guest has moved out on their own – and consequently, they’ve graduated from their initial R&B and “crazy” electronic sound and are opting for a fresh and fun sound instead.

What does that mean? Check out the Earbuddy review of new album, Plural, HERE and then learn more about the band with this in-depth feature by Interview HERE.

But most fans thought that was that – especially after founding member Andy Bell made a big splash with his new band, Oasis, in 1996.

But Ride is back with their first new album in two-plus decades. It’s titled Weather Diaries, it’s due in June, and we’re excited to hear the whole thing.

In the meantime, we’ll have to settle for its first single, “Charm Assault.” 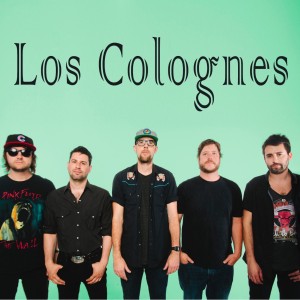 -Finally, we’ll dip into the new LP from Nashville-based Los Colognes, just in time for their debut appearance at Sasquatch! Music Festival later this month.

According to the Stereogum review of The Wave‘s first single, “Flying Apart,” the band exchanged the Americana sound of it’s 2015 debut, Dos, with a “fondness for ’80s new wave that was only barely traceable prior.”

If you like it, you best get your fanny to Sasqutach. Tickets are still on sale HERE, or you can still register for the FREE TICKET giveaways going on now at Aspen Sound and Board of Missoula!