Usually he keeps his originals and his collaborations separate.

But this time around Jayhawks frontman Gary Louris is merging them on a single album. It’s titled Back Roads and Abandoned Motels, it’s due July 13th, and it leads off this week’s list of New Tracks on the Trail. 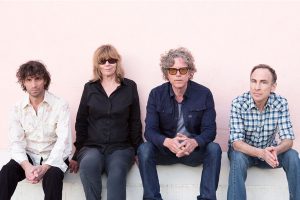 Maines, The Wildfeathers, Jakob Dylan, Tonic and Carrie Rodriguez. Two of them are brand new tunes; all of them feature a relatively new collaborative effort by the band, with a few members swapping vocal duties on a couple of the tracks.

Back Roads finds the Jayhawks “going for a lean, simple approach, at times reminiscent of the fabled Rainy Day Music era,” according to the official presser announcing it’s release. The band will make a few stops on a short tour throughout the Midwest and east coast, with later dates surely to come.

• Newly departed from her band of six years – as well as her husband – blues-leaning singer/songwriter Nicki Bluhm has dropped her first solo release since 2011.

To Rise You Gotta Fall documents the past two years of change for the former West Coast musician, who has since resettled in Nashville.

You can catch Bluhm live when she hits the Top Hat on Monday, June 18th.

• Fresh off a pair of Grammy wins for her work with husband Jason Isbell and his backing band, the 400 Unit, violinist Amanda Shires will hit the tour circuit this summer in support of her sixth studio release. 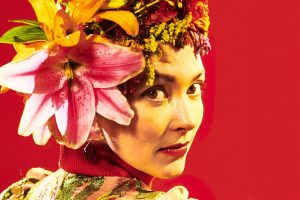 To The Sunset, due August 3rd, marks the Texas native’s sixth solo album. It was produced in Nashville by fellow Grammy winner – and perennial hitmaker – Dave Cobb.

Catch her perform live this summer with Isbell and John Prine pretty much everywhere except here.

• He announced his hiatus last July, but apparently it wasn’t as exciting – or relaxing – as he anticipated.

Passenger, the recording moniker of UK-born, Australian based folk singer/songwriter Michael David Rosenberg, released a standalone single, “Hell or High Water,” this month – but still no word on an album or tour.

The release was paired with a video recorded during a three-week road trip of the U.S.

• We’ve previewed several new tracks from local musician David Boone over the preceding two weeks; now another one from his upcoming A Bubble to Burst.

Still no release date, but we’ll keep you posted when there’s news to report. In the meantime, we’ll use this space to yet again plug the Missoula Independent’s amazing April cover story chronicling Boone’s experience.

There ya have it – another Tuesday, another batch of New Tracks on the Trail! Thanks, as always, to Rockin’ Rudy’s for sponsoring this weekly segment.