Hang on to your purple hats, because this ride is bound to be a turbulent one.

The opening round of what’s sure to be years (decades?) of legal wranglings over the unreleased Prince archive unfolded over the weekend, and while it’s too early to determine who exactly won the fight we can at least confirm it was not the late singer/songwriter’s fans. 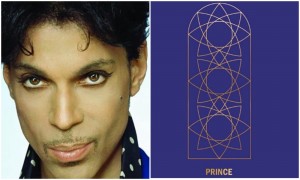 Just a couple days after commemorating the one-year anniversary of The Purple One’s death with a five-track EP of unreleased material, Deliverance, Prince’s estate filed a lawsuit to cease its distribution.

Paisley Park, which is reportedly sitting on “hundreds” of archived material, has accused the EP’s sound engineer of releasing the material without their authorization and against the singer’s wishes – and that’s the way the situation will stay until a judge reviews the suit in early May.

The silver lining, however, is that at least one of the tracks – the self-titled single, “Deliverance,” was not included in the restraining order. And lucky for Trailheads, we’re going to unveil it Tuesday as part of our New Tracks on the Trail line-up.

“Deliverance” is described by the Daily Beast as bluesey, with lots of falsettoe and guitar heroics – “the only standalone track on what is essentially a suite of spiritual funk-rock and grandiose pop.”

The track was recorded between 2006-2008 and includes references to Hurricane Katrina. 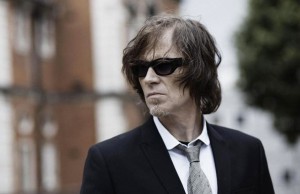 -You know Mark Lanegan as the frontman for ’90s grunge act The Screaming Trees, but it might interest you to know he’s contributed a helluva lot more to the scene in the 17 years since the group disbanded than he ever did before.

Lanegan released the first of his 10 nine solo albums in 2000, but has appeared on dozens more as a collaborator – including one with Mad Season and five with Queens of the Stone Age.

–Vintage Trouble made its presence known to music lovers worldwide with the release of its third studio album, 1 Hopeful Rd in 2015 – and now the band is back with a much anticipated followup.

The funny thing is, it’s not an album – at least not yet – and the retro R&B/rock group is perfectly content with that.

Vocalist Ty Taylor recently told Rolling Stone Magazine he’s excited about the prospects of just releasing one single at a time over the coming months.

“‘It’s really cool what John Mayer did [with new album The Search for Everything]. You do a lot singles and they accumulate and then [you] have an album. So I think that’s the way to go.'” 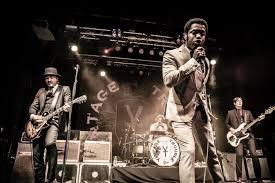 Vintage Trouble debuted a half-dozen or so new tracks at the 2017 Bluesfest in Australia earlier this month – we’ll showcase our favorite this week.

–Kevin Morby is back with the follow-up to last year’s critically acclaimed Singing Saw.

The former bassist for folk rock band Woods and frontman of The Babies set out on his own in 2013 and has since released four solo albums.

Hear City Music‘s second single, the Dylan-inspired “Aboard My Train” and check out an album review HERE.

Chris Masterson and Eleanor Whitmore are currently based in Brooklyn, but they still call Texas home – or at least they did during their recent appearance at last month’s South By Southwest festival in Austin.

The two are also integral members of Steve Earle’s band, The Dukes.