As we gear up for this week’s River City Roots Fest 2018 line-up announcement, we can’t help but reflect on the unprecedented experiences of festivals past.

A weekend of live music, art, activities – and food trucks – is one thing, but right smack in the middle of Missoula’s already glorious downtown during the warmest days of the year? With free admission for all? That’s second-level stuff right there. And then when you consider the acts – legends of the stringed scene like John Prine sharing the same stage as hometown heroes The Lil Smokies? It’s easy to see why this is one of our most exciting weekends not just of summer but of the entire freaking year! 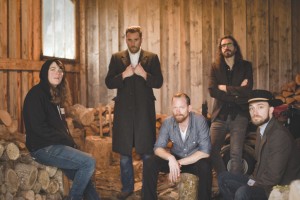 One of the highlights of our Roots Fest was the amazing performance in 2016 by Portland bluegrass band Fruition.

Fresh off the release of their biggest single to date, “Labor of Love,” they brought an energy to Ryman Street that quite honestly hasn’t been matched since.

Aside from headliner Infamous Stringdusters, we’re not saying yet who’s appearing at this year’s festival in August – you’ll have to join us at our line-up release party this Thursday at the Top Hat for that. But we WILL say that with scheduled stops at the Silver Cloud Campout in June and the Grand Targhee Bluegrass Festival in August, Fruition live experience is not far away – whether they put Missoula on their summer itinerary or not.

In the meantime, we’ll charm you – rather, they’ll charm us all – as we kick off this week’s New Tracks on the Trail with another slice of new music off their latest album, Watching It All Fall Apart.

We’ve already dished up the first single, “I’ll Never Sing Your Name,” from Fruition’s February release (their fifth overall). A little less folksy, a little more rockin’ – that track ignited a new electric direction for the band, and this one picks up right where it left off.

• Blues/rock trio The Record Company made a big splash when they dropped their debut album, Give It Back to You, two years ago.

Now, fresh off a Grammy nomination, they’re back with their highly anticipated sophomore release. It’s titled All of This Life, and it drops June 22nd.

James released a solo album of covers last year, but this marks his first full set of new material since 2016’s Eternally Even.

The album – and it’s cover – was inspired by an old hippie era publication, The Last Whole Earth Catalog, and it’s rejection of “distortion society.” Click HERE to read more about that – as well as the letter he wrote to the artist behind the album cover. 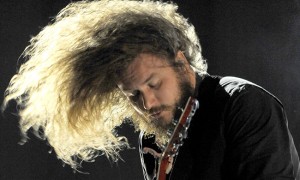 • Philly-based indie rockers The War On Drugs are fresh off a “Best Rock Album” Grammy win for last year’s A Deeper Understanding, and they’re celebrating with another single release and a victory lap that includes performances across North America and Europe.

We’ve already given you “Pain” and “Holding On” – now we’ll introduce you to the new one.

• Finally, Australian singer/songwriter Xavier Rudd is about to set off on a world tour to support his first album since 2015.

It’s titled Storm Boy and it’s due May 25th.

Even if you’ve never heard his music, you’re sure to be inspired by Rudd’s story. Born to an international mixed bag and inspired equally by Natalie Merchant and Ben Harper as he is traditional aboriginal sounds, his music is intended to bridge cultures and address socio-economic issues like race relations and environmental degradation.

His last album was a collaborative effort with the United Nations. The one before that featured the sounds of more than 30 different Australian birds.