• We haven’t received a formal line-up announcement from the folks over at Silver Cloud Campout, but a little birdie tells us that Leftover Salmon will be among the headliners.

OK, so it was pretty easy to figure out after the band listed it on their website’s summer tour itinerary last week. That announcement – as well as a planned stop in Whitefish – came along with the release of the band’s first single off their new album.

Something Higher, due May 4th, marks the Boulder, Colorado, jam band’s first studio release since 2014’s High Country. Once again they’ve collaborated with Steve Berlin of Los Lobos on production.

We’re excited to unveil the album’s first single on this week’s New Tracks On the Trail!

In addition to the two Montana stops, the sextet will play Red Rocks alongside Phil Lesh & The Terrapin Family Band in May and the 45th annual Telluride Bluegrass Festival in June.

• LA-based guitar master Ry Cooder will also celebrate the end of a long studio hiatus this spring with the new 11-track LP The Prodigal Son.

Due May 11th, the album marks Cooder’s first in six years.

The album meshes together a set of Cooder originals as well as covers – “interpretations”, they say – of some of his favorite vintage blues, gospel and bluegrass tunes. 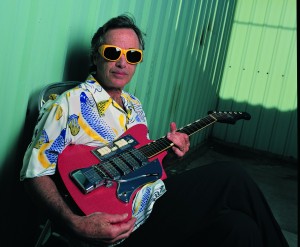 He’ll also embark on a spring-summer tour – his first in North America nine years – starting with four nights at the San Francisco Jazz Center in early May.

The band, which broke into the mainstream with debut Star in 1993, recently reengaged for a tour in 2016.

The new one is titled Dove and it’s set for May 4th release.

• We spotlighted Lord Huron‘s newest material with the first single off their new album earlier in February.

The track was called “Ancient Names Pt. 1”, and it marked the first new material from the band in almost three years.

This week, another off Vide Noir, which is due April 20th.

• The Eels have reorganized for their 12th studio album and first in almost four years.

The Deconstruction is the 12th studio album from the California rockers. It’s due April 6th. 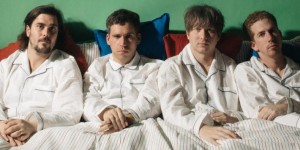 The new album is produced by Danger Mouse and set for release May 18th.