He laid the groundwork for rock ‘n roll, but for nearly forty years he left the floor unswept.

Now, barely a week after his dead, Chuck Berry has released his first single, “Rock It.” 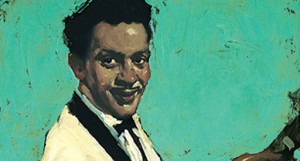 The rock legend started recording the new tracks in the 1980s and continued on the project off-and-on until he finally completed the 10-track set in 2014. In addition to Morello and Rateliff, it features guest appearances from Gary Clark Jr and many of Berry’s family members, including son, Charles Jr, and daughter, Ingrid.

We’ll preview “Rock It” all day Tuesday as part of this week’s New Tracks on the Trail.

-Folk minimalist Joan Shelley invited Wilco’s Jeff Tweedy to produce her latest project, and, surprisingly to her, he obliged. 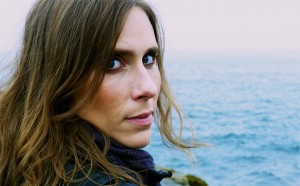 NPR recently featured its first single, “Wild Indifference”, as well as an interview with the artist. We encourage you to check that out HERE.

-It’s been five years since her last release, but Rose Cousins picks right back up where she left off with the “haunting and jazz-tinged” Natural Conclusion.

The Canadian folk-pop singer – who won a Juno Award for 2013’s We Have Made A Spark – is already enjoying praise for the new record’s first single, “White Flag.”

-He’s known for defying genres, but at the pit of all Jeb Loy Nichols‘ work is deep country soul.

The singer/songwriter – born in America, but based in Wales – combines elements of soul, country, folk, reggae and blues into his latest effort, Country Hustle.

Neil Spencer of the Guardian gave it four out of five stars: “The deep southern epicentre of Country Hustle is triangulated by the swamp rock of Tony Joe White, the New Orleans funk of Dr John and the husky drawl of JJ Cale, though beats and dub are skilfully woven in.”

-Finally, not too much is available on Them Vibes (in fact, they don’t even have a Wikipedia page … gasp!).

But what is known is that the Nashville rockers – comprised of the partnership of singer/songwriters Brother Love and Alex Haddad – put on a hell of a good live show. 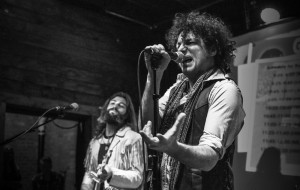 Here’s how they describe it in their band bio: “Influenced by the rhythmic sway of The Faces and T-Rex and infected with the raw energy of the Rolling Stones and the Black Crowes, Them Vibes have injected new life into the anemic arm of what currently passes for mainstream rock n’ roll.”

The band is back with their third LP, the 12-track Electric Fever, and we’ll give you a taste tomorrow.

There ya have it! Another Tuesday, another round of New Tracks on the Trail! Thanks as always to Rockin’ Rudy’s for sponsoring …