It’s been nearly a year since it hit the racks.

Yet it seems The Lumineers’ sophomore album, Cleopatra, isn’t even close to running its course. 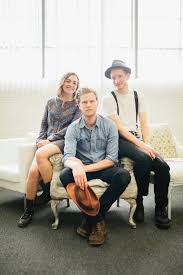 Currently just a few weeks into a massive world – which sold out Madison Square Garden two straight nights last week – the band is also lined up to join U2 across the U.S. this summer.

We’ve given the first two singles off Cleopatra quite a bit of airplay. Now we unveil the third, “Angela”, for this week’s New Tracks on the Trail.

Described by the band as a song about “a tender guitar picked homily to a small town beauty struggling to escape her past,” the single echoes the band’s prior hits – mid-tempo acoustic jam building up to harmonic chants and kick-drum dance.

The Lumineers performed the number on “The Tonight Show Starring Jimmy Fallon” last Wednesday. Check it out:

While the band hasn’t received significant critical praise for Big Boat‘s musical structure, it has garnered attention for its focused and personal lyrics, a new realm for the two-decade-old band.

Previously, Phish “relied on zany, imaginative wordplay,” wrote Mike Katzif of NPR. “But for Big Boat, (producer Bob Ezrin) reportedly challenged the band members to share more of themselves in their songs, resulting in expressions of sadness, anger and earnest positivity as well as themes of aging and mortality, internal angst and desire for social change.”

-Unless you’ve been hiding under a boat, you’re well aware by now that The XX is back, and everyone’s excited.

The London three-piece’s third studio album, I See You, came out in January and rocketed straight to No. 1 in the UK and No. 2 in the US, and the band is slated to co-headline both Coachella and Bonnaroo this summer.

We’ll feature the album’s first single, “On Hold.” It’s one of two they premiered on Saturday Night Live last month and includes a well-produced snippet of a pumped-up Hall & Oates classic from thirty years back. 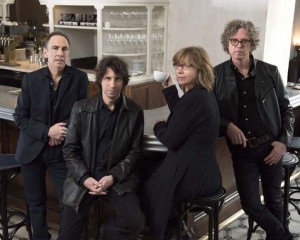 -Minnesota alt-country outfit The Jayhawks collaborated with The Kinks co-founder Dave Davies for his 2013 solo album, I Will Be Me.

So it makes perfect since they would back Dave’s brother-in-arms Ray Davies for his first album in nearly a decade.

Americana draws its inspiration from Davies’ memoir of the same name and is scheduled for release April 21.

-We have to admit, we were a little late to jump on the Cold War Kids bandwagon.

But after their last album, Hold My Home – and it’s unforgettable single, “First” – we were sold.

So we’re as excited as anyone to get on board early with the Long Beach indie rocker’s sixth studio album, L.A. Divine, which is set for release April 7.

The band announced the album and released its debut single, “Love Is Mystical”, all in a single afternoon last week. The upbeat track is one of 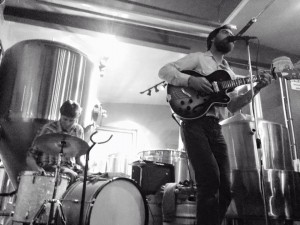 many inspired by the band’s hometown, and we’re excited to throw it into rotation!

For years you’ve known Izaak Opatz as the lead singer and guitarist for alt-country band The Best Westerns. But now Opatz has set out on his own with Mariachi Static.