When it comes to love, our passion is not just music, but innovative sound.

If you haven’t heard of this band, we recommend you stop reading and check out this epic 2014 performance on Letterman. Then get back to the reading, please.

Yeah, what you just saw was the Late Show’s most viral performance. Ever. Even the YouTube comments are performance art:

“Sam Herring is like a combination of Henry Rollins, Marlon Brando, Morrissey, Ian Curtis, David Byrne, Burt Reynolds, and Joaquin Phoenix all rolled into one singer.”

“If I ever dance in front of people, it won’t be like this, because it’s embarrassing. But in my head, I’d wish that this was how I was dancing, because it’s f*#@ing beautiful.”

Our favorite ’80s synth pop band of the new millennium is back with their fifth full release, The Far Field, and the Trail 103.3 is excited to include their first single, “Ran,” in this week’s New Tracks on the Trail line-up.

The band kicks off a massive world tour this week, and will perform main stage sets this spring at Coachella, Panorama and Bonnaroo.

–Aimee Mann has described her upcoming album, Mental Illness, as her “saddest, slowest LP yet.”

The 11-track album, her ninth since going solo and her first in five years, was inspired by ’60s and ’70s folk rock. It’s due March 31st.

If you haven’t already, make sure to snag tickets to her May 8 show at The Wilma. 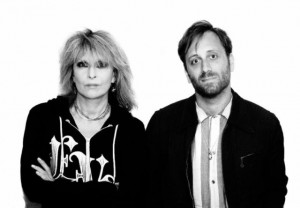 -The latest Pretenders effort is fittingly titled Alone because, well, front-woman Chrissie Hynde is the only original member still involved.

But Hynde isn’t truly alone on the 12-track album – the band’s 10th. She’s joined by the Black Keys’ Dan Auerbach.

In the meantime, check out the Consequence of Sound review HERE.

–The New Pornographers have parted with longtime guitarist Dan Bejar, but they introduce a new drummer with Whiteout Conditions, their first since 2014 and seventh overall.

Whiteout Conditions is due April 7th, and the band will hit the road with Waxahatchee later that month.

Due March 17th, the album is already getting some solid support from critics.

warm sounding, harkening back to the group’s Violator era while still sounding musically like an extension of their last album, 2013’s Delta Machine,” wrote Rolling Stone’s Kory Grow in last week’s full-length feature on the band.

We expect we’ll be hearing a lot from the English electronic band in coming months, as it embarks on a major work tour in May.

-We’ve grown so accustomed to Sting as a New Age-y world music soloist, that sometimes it’s hard to remember he was once a punk rocker.

We don’t quite get back into punk territory with his latest release, 57th & 9th, but it is by far the most rockin’ album from the former Police frontman in a dozen-plus years.

Released in November, the album is “imbued with an energy and urgency severely lacking in much of the music that he has produced across the last decade and then some,” agrees Consequence of Sound critic Corbin Reiff.

We introduced “I Can’t Stop Thinking About You” on a Tuesday several months back; this week we’ll unveil the newest single. 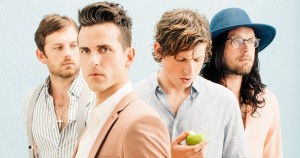 -Finally, we’ll hear another from the Kings of Leon‘s seventh studio album, WALLS.

Released in October, the album debuted at No. 1 and has already spawned a handful of singles, including “Waste A Moment,” which you might have already heard several times on this station.

There ya have it! Another Tuesday, another round of New Tracks on the Trail! Enjoy, and remember to show yourself some musical love this Valentine’s Day!

And thanks as always to Rockin’ Rudy’s for sponsoring!