•Hard to believe its been 15 months since the world lost R&B wonder-woman Sharon Jones to pancreatic cancer.

But while the clock may keep ticking on, we can rest easier knowing that her music – and her story – has been preserved for us to continue enjoying for all the many coming years without her.

On Thursday, the Trail 103.3 will present the second of its new “Trail Movie Night” series with a screening of the incredible biopic, “Miss Sharon Jones!” Expect to be dazzled; expect to be moved and shaken. 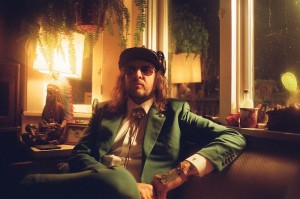 So it’s only fitting that we lead off this week’s New Tracks on the Trail with a track off the album she recorded with backing band The Dap Kings in her final days. Released posthumously in November, the 11-track Soul of A Woman is packed with Jones’ typical sparkle, but its undertones of eminent permanent departure separate it from previous works.

• Garage rocker King Tuff dropped his first new track in four years the last week of January. And then a week later he hit us with another one, this time packaged with some real news: The follow-up to 2014’s Black Moon Spell is finally coming.

Though they’ve only heard a few tracks, music critics are already marveling at how different the self-produced The Other (due April 13) sounds than his previous four albums.

“If the two songs released so far are anything to go by, the new record represents a more esoteric and reflective side of a musician who built a cult following for songs that were frequently frantic and outrageous,” writes Spin’s Ana Gaca in her review of the video for new single number two, “Psycho Star.”

Catch King Tuff on tour across North America starting this May.

After opening for Ryan Adams and Cold War Kids – as well as making their rounds on the North American festival circuit – you are now at least familiar with them, right?

Well, if you aren’t we’ll forgive you. After all, they haven’t even released a full-length album. At least not yet.

That will happen May 4th, when they drop the 12-track Lost Friends. Then you have no more excuses.

If you’re down under, you can catch Middle Kids supporting War On Drugs this week in Melbourne. If not, you’ll have to wait until their U.S. tour kids off in June. 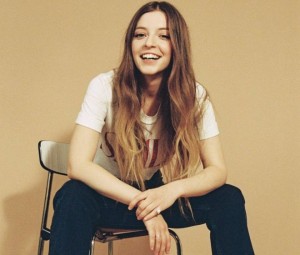 • British songstress Jade Bird was also once named an artist to know by Rolling Stone, but hers was specific to the country genre.

However, her tinges of feminism and indie-rock undertones really defy the country genre in more ways than one. She first caught our attention with her performance at SXSW last spring, but she became a Trail artist-by-proxy over the following few months with opening gigs for First Aid Kit and Son Little.

With more big festivals on the line-up for this year – Bonnaroo, Firefly, Mountain Jam – and a spring tour across the U.S., we’re excited to drop the “proxy” designation and just call her a Trail artist, plain and simple.

• Finally, we hit you up with “All On My Mind” from Alabama-bred Americana artist Anderson East last fall.

But that was before his album project had a formal title and release date.

Now with his second major-label release, Encore, finally out (it dropped in mid-January) we’re excited to bring some new East works to our line-up.

Check out the NPR review of Encore HERE.