This week on New Tracks on the Trail, we’re plating up some seconds of albums we featured earlier this year, we’ve got a couple tracks from albums that dropped just last week and we’ll look ahead to some of of the more anticipated albums of early 2018!

• Texas-based folk-rock siblings Maggie and Tyler Heath of The Oh Hellos are known for bucking the industry’s usual full-album release standards and have opted for a string of shorter releases instead.

They’re again sticking to that practice with the seven-track Notos EP, which is due Dec. 8. 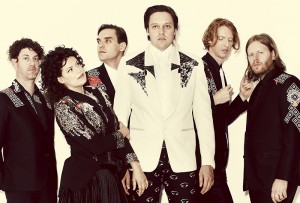 What’s different this time around, however, is that this one is just the beginning of a four-set, each named after the four Greek wind deities that bring the season. Notos is the deity of the south winds which, as you might have guessed, brings on the winter.

Be sure to catch the band live when their spring tour hits Missoula in March.

• Arcade Fire continues its seemingly invincible domination of the alternative scene with another track off their fifth studio album, Everthing Now.

The album, which dropped in July, recently earned a Grammy nomination for Best Alternative Music Album.

The “brilliant” collection reveals “a fascinating look at the inherent danger of technological oversaturation and the detachment that comes with it,” according to the Paste Magazine review.

• We were blown away at the textured harmonies of Boston-based alt-folk quartet Darlingside when they played Missoula last March.

So it’s an understatement to say we’re highly anxious to hear what their newest work will sound like. 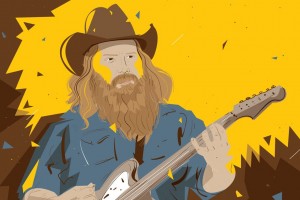 What do we mean? Well, while you were busy dancing and singing along to the hottest hits in country music over the past decade, we were awaiting the inevitable rise of the guy who wrote most of it.

His name’s Chris Stapleton, and after penning more than 150 songs – six of them number one hits – he smashed the charts and awards shows with his double-platinum debut, Traveller, in 2015.

Produced by Nashville’s Dave Cobb, Vol. 2 marks a “perfect brew of country, folk, blues and southern rock and soul,” according to the Rolling Stone review.

• We’ve been enjoyed the Killers‘ synth-rock dance number, “The Man”, since we introduced it on a Tuesday in June; but to tell the truth, we’re ready for more.

We’ll deliver that this week with another from Wonderful, their first album of new material since 2012’s Battle Born.

The Killers were among a solid line-up to appear at last Friday’s Vegas Strong benefit concert for the victims of the recent music fest mass shooting.

You know who we’re talking about – only the biggest rock band in the world: U2.

Songs of Experience, the Irish band’s 14th studio release, dropped Friday. Already it’s being extolled as one of the best albums of the year – as well as their best since 2000’s All That You Can’t Leave Behind.

We delivered the first single, “You’re the Best Thing About Me” in September. And now, of course, we’ve got more.