We can’t think of a better time to be a fan of Americana music.

Just after Jason Isbell blew our minds with Something More Than Free and its impossible-to-forget single, “24 Frames”, his buddy Sturgill Simpson one-upped him with a sold out show at The Wilma and a Grammy nomination for Album of the Year.

Turns out it’s not only bad news that comes in threes. 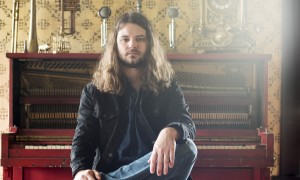 Enter now Brent Cobb, who may just make the biggest splash yet of the sudden surge of new young post-country superstars.

Cobb, 30, moved from his home in Georgia to Nashville in 2008 to write music and has since put his name behind smash hits by some pretty serious commercial artists: Miranda Lambert, Kenney Chesney, Luke Bryan to name a few.

But now the folkster is garnering the spotlight himself for his major label debut, Shine On a Rainy Day.

Released in October, the album was produced by his Grammy-winning cousin on the Low Country Sounds label, Dave Cobb. And the critics are loving it.

“Cobb shares with those artists a gift for teasing out the textures of a place, not only through the richness of his written descriptions, but also through the cultivated naturalness in the feel of his music.” 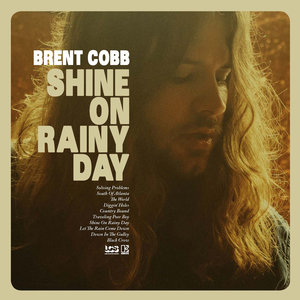 And in a detailed bio piece, Rolling Stone Magazine‘s Jason Hudak says those in the know call Cobb the “redneck Paul Simon” because he has “written and recorded some of the most beautiful, clear-eyed material to come out of Nashville these past 12 months.”

Tomorrow, we’ll give you a chance to decide if they know what they’re talking about with a few spins of his latest single, “Black Crow,” featuring the friendly slide guitar of label-mate Isbell.

-While we’re on the country-rock kick, we’ll dish out some new material from Austin, Texas, group The Band of Heathens.

Duende, the band’s fifth studio album, was released two weeks ago and is being called their most innovative record yet – a most excellent blend of blues, country, funk andold-fashioned rock-n-roll. 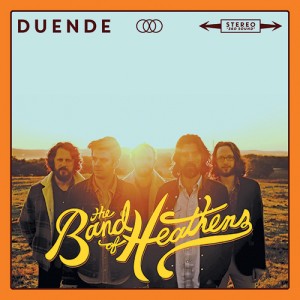 “Something entirely new while still retaining the major pillars of what makes Americana, Americana,” explains Jonathan Frahm of PopMatters.

-We’ve also got new music from another Austin-based group, Spoon, who will support their ninth studio release with a three-night stand at South by Southwest in March.

Hot Thoughts is the followup to 2014’s They Want My Soul and the band’s first album with Matador since their 1996 debut.

The first single – also named “Hot Thoughts” – is a dance-rock track that is, well, bouncy, fun, and kind of hard to describe. Typical Spoon.

-Hippo Campus made a name for itself as an opening act for some of our favorite bands: My Morning Jacket, Modest Mouse, JR JR, to name a few.

Now the St. Paul, Minn., band is looking to carve its own place in the annals of indie rock with its debut release, Landmark.

Due Feb. 24, the album is produced by the fast-rising BJ Burton (Bon Iver, Francis & the Lights, Low) and features 13 tracks.

Check out this review that celebrate’s Hippo Campus’ songwriting and “sonic discovery” skills, and then head over to the Top Hat box office to get your tickets to their Feb. 21 show! 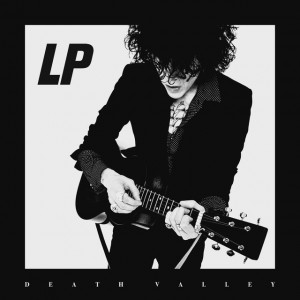 The American pop/rock artist was discovered by Cracker in the 1990s and released two solo albums in the early 2000s (including a collaboration with Linda Perry) – but has since been cashing her checks writing pop hits for Rihanna, Backstreet Boys and Christina Aguilara.

Now she’s back with Death Valley, her fourth official album. You might have heard its first single, “Muddy Waters,” which was featured in the season four finale of Orange is the New Black.

There ya have it – another Tuesday, another great collection of new music on the Trail 103.3! It’s New Tracks on the Trail, proudly supported each week by our friends Rockin’ Rudy’s.