Prolific as he’s been during the last three or so decades, it’s hard to believe Jeff Tweedy has never released a formal solo record.

Yeah, there was 2017’s Together At Last – technically a solo record, but more of a covers collection (of his own band, Wilco). So it didn’t really count. 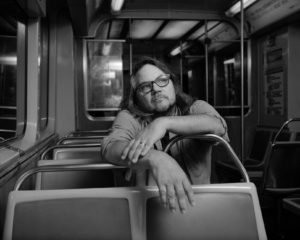 And we know Tweedy’s not lacking in ideas; we know he’s not shy. Perhaps it was his intention all along to set out alone only when he had some written material to go along with?

Thankfully, that time has come; the Wilco frontman is currently enjoying rave reviews for both the album – WARM, released Nov. 20 – as well as the companion memoir, “Let’s Go (So We Can Get Back)”, released just a week before that. What sets this one apart is that it’s not just Tweedy alone – it’s 11 tracks of entirely original tunes.

Both the album and the book share personal stories from Tweedy’s experiences with addiction and as a father and husband, as well as intimate details about the shifts and changes in his personal creativity process over the years.

Both are typical Tweedy and easy to love, writes Pitchfork’s Sam Sodomsky in his album review: “Characters and quotes reappear; old influences become newly apparent; words are not minced.”

Check out the rest of that review HERE and then tune in all day Tuesday as we premiere our favorite new track from WARM on the final New Tracks on the Trail of 2018!

• The Meat Puppets were a band longer prior to their appearance on Nirvana’s Unplugged in New York album than they have been since.

Founded in 1980, the Phoenix-based trio was pretty much an old hat by the time Kurt Cobain announced them as his favorite. That was 1993, and just two years later they released their most commercially successful album ever, No Joke! That, believe it or not, was the last time the three – brothers Chris and Curt Kirkwood with drummer Derrick Bostrom – would work together.

A dozen years after the Kirkwood’s revived the band and five years after the last Meat Puppets album, the original trio is back together again for their 15th studio release. It’s called Dusty Notes, it’s due March 8th, and though they haven’t announced dates yet word is the Puppets will be 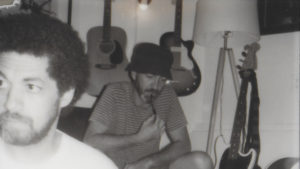 taking their show on the road in the months ahead.

• The collaboration between James Mercer and Danger Mouse is back in full force, and we are super excited to kick off what’s sure to be an extended promotional season with the first single off the yet-to-be-titled album due on a date that’s yet-to-be-announced.

The track, “Shelter”, marks the first new song recorded by Broken Bells in nearly four years. It marks the first look the Shins frontman and his celebrity producer have provided of what will be their third studio album and first since 2014’s After the Disco.

Broken Bells, which you might classify as indie rock with a modern kick, has been a thing since 2008.

• The Ace of Cups, however, have been a thing since at least 1967. In fact, they’ve been NOT a thing since 1972 – which is why it’s incredibly surprising that finally, almost four decades later, they’re finally dropping their much anticipated debut release.

Widely considered the first all-female rock band, The Ace of Cups were in the mix with the likes of fellow San Francisco giants Jefferson Airplane and the Grateful Dead during 1967’s “Summer of Love”. The band opened for Jimi Hendrix at his legendary free concert at Golden Gate Park in 1968 and opened at The Band for its first-ever live performance.

The five-piece eventually disbanded in 1972, having never released an album. But now, with the support of High Moon Records – and special guests Bob Weir, Taj Mahal, Jack Casady and more – they’ve finally got something to put on the shelves. 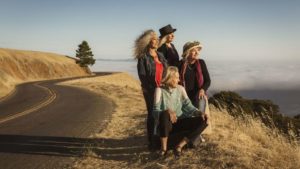 Four of the five members of The Ace of Cups – each of them now in their 70s – spent most the past year in the recording studio; their self-titled debut dropped Nov. 8.

Learn more about the band and the project HERE.

• Canadian alt-country and indie rockers The Strumbellas have announced their fourth studio release will drop something in 2019.

The last time we heard from The Strumbellas was when their single, “Spirits” – off 2016’s Hope – went straight to No. 1 on the U.S. Alternative charts. The band took home a heap of awards, including a June Award for best new rock/alternative artist; now, two years later, they seek a relevancy maintained.

• Brooklyn-based singer/songwriter Steve Gunn continues to carve his own path just a few years after departing Kurt Vile’s backing band, The Violators, for his own glory.

The Unseen In Between, due Jan. 18, marks Gunn’s fourth studio album and first since 2016’s Eyes on the Lines.

Inspired by his recently deceased father, The Unseen In Between features help from Bob Dylan bassist Tony Garnier throughout.

Gallo went solo in 2014 and dropped his solo release, Heavy Meta, last year. This one continues to build on his love for all things art rock and garage punk. It’s titled Stardust Birthday Party, and it’s been out since October.