Might we suggest you get acquainted with our friends over at Logjam Presents, who have a unique way of keeping us warm no matter the temps outside. How do they do it? They do it by reminding us one announcement at a time that warmer days are indeed ahead.

In the past few weeks, Logjam has announced the first two shows of next summer at their outdoor amphitheater in Bonner; but before that 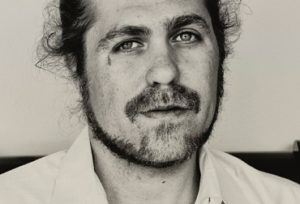 was the announcement that Citizen Cope would kick off Missoula’s spring concert line-up with a March 24 show at the Wilma. We’ll celebrate that announcement this Tuesday with the first single of the songwriter, producer and performer’s first album release in seven years.

Heroin & Helicopters – aptly named after two of the more prominent musician killers – marks Cope’s sixth studio album and first since 2012’s One Lovely Day. The album is due March 1st, and according to NPR it doesn’t stray too much from the blues, soul and funky rock that made you fall in love with him in the first place.

“The hallmarks of Cope’s songs are his impressive ability to pair deep-felt grooves and a memorable melody with wondrous lyrical simplicity that goes straight to the point and to the heart,” writes Bruce Warren in his review of Heroin & Helicopters‘ first single, “Justice.”

Wait until Tuesday to figure out how much you wanna go to the show, or just take our word for it now and pick up your tix right now.

• Minneapolis-based The Cactus Blossoms will follow-up their debut, You’re Dreaming, with a new one this coming spring.

Also due March 1, Easy Way will be followed by a headlining tour for the harmonic country duo comprised of brothers Page Burkum and Jack Torrey.

The Cactus Blossoms’ sound has been described by Rolling Stone as a blend of Roy Orbison meets Television. Check out that magazine’s review of its first single, “Please Don’t Call Me Crazy” HERE. 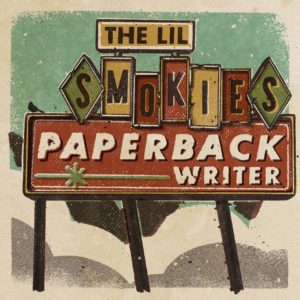 • Missoula jamgrass favorites Greensky Bluegrass will release their first album since 2016 on Jan. 18.

All For Money marks the seventh studio release for the five-piece Michigan-based Americana crew. Recorded in Asheville, North Carolina, the new one is coming via their own record label, Blue Zoo Records.

Greensky just wrapped up the American leg of a massive North American tour which featured local bluegrass saints The Lil’ Smokies as openers. In fact, the two bands performed a set of covers to close out the show in Dallas last month; they also appeared on the same bill this past weekend at the four-day Strings & Sol Festival in Peurto Morelos, Mexico.

• Speaking of the Lil’ Smokies, the band just dropped a sweet cover of the Beatles’ single, “Paperback Writer” just in time for their big New Years Eve show at the Wilma.

The new song is actually the second single release by the band in as many months, part of what’s being billed as the “SnowGhost Singles”, named after the Whitefish studio where the group recorded 2017’s Changing Shades.

Recorded over a single day with SnowGhost Studios engineer Brett Allen (The Avett Brothers, Kris Kristofferson), we can only presume there are more to come – and perhaps an album, too?

The Smokies head back to Montana this month for a pair of two-night shows in Whitefish and Bozeman before wrapping up 2018 at the Wilma; they will continue their road show with a headlining tour starting later in January.

• We introduced Alice Merton to Trail audiences with her smash single, “No Roots”, during a New Tracks back in October, 2017. We followed that up last April with the second single off the German-Canadian-English singer/songwriter’s debut EP. Now, finally, a full-length is here. 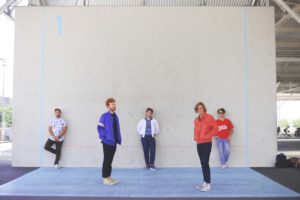 Mint will include both those first two as well as Merton’s newest single. The 11-track effort is due Jan. 18.

• Another upcoming show we encourage you to check out: Brooklyn-based indie pop group Future Generations, which open for Magic City Hippies at the Top Hat on Jan. 24th.

The band followed up its eponymous debut from 2016 with a new release, Landscape, in September. Now that the five-piece has recognized Missoula as a great place to perform, we’re gonna recognize them as a great band to feature.

• Finally, we’ll go hyper local with one of our favorite Missoula bands on the rise. They’re called Locksaw Cartel and they’re a conglomeration of several beloved local bands past: Sweet Low Down, Zeppo, The Flying Rickshaw to name a few.

They’ve a new and dance-able single, and we’re eager to share.

There ya have it – another Tuesday, another batch of new tracks on the Trail! Thanks as always to Rockin’ Rudy’s for sponsoring this weekly segment …