In the digital age, every band has got to have a schtick.

For The Lemon Twigs, at least from what we can tell thus far, it’s assuming an over-the-top (and difficult to take seriously) neo-hipster look while churning out music that’s actually really, really good.

Perhaps the teen-aged D’Addario brothers inherited the talent from their once-famous musician dad, or maybe it’s simple showmanship picked up from their early days as child actor 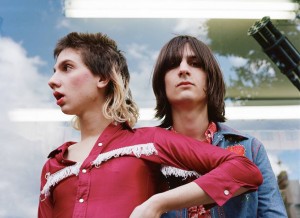 s – but whatever it is, critics are eating the band’s debut album, Do Hollywood, right on up.

“… An album that sounds completely unconstrained by any idea of what’s appropriate,” extolled The Guardian.

“At first you’re not sure what’s happening, but you find yourself suddenly pulled in, unable to turn away,” announced Paste Magazine.

“THE ALBUM OF THE YEAR,” blogged some extremely happy Amazon reviewer.

We’ll give you, too, a chance to freak-out with a spin of some of the band’s work in this week’s rendition of “New Tracks on the Trail.”

The new collection marks the band’s first major-label release and was named “the most accomplished and organically coherent” of the band’s discography so far by Seattle Times music critic Paul de Barros.

-CRX: Music from the first album by The Strokes guitarist Nick Valensi’s new side project. 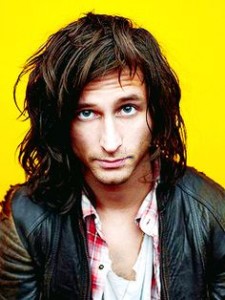 Released in October, New Skin has received mixed reviews – some praising Valensi and cohorts for tracking a great excuse to take their talents on the road; others accusing them of falling too far from the apple tree.

Check out the mixed Consequence of Sound review HERE.

-LOLO: Work from the solo recording artist’s debut album, In Loving Memory Of When I Gave a Shit.

Best Known for her work co-writing hits for Panic! At the Disco, Tennessee singer/songwriter LOLO (Lauren Pritchard) has been compared to a modern-day Janis Joplin.

Check out the Paste Magazine review of In Loving Memory HERE.

-Green Day: Yes, they’re back again with more of the American pop-punk music that’s become synonymous with their name. But with more than 75 million records sold worldwide, can you really blame them?

We’ll give them some love tomorrow with a track or two from their 12th studio record, Revolution Radio, which was released in October.

For more background, check out this track-by-track guide compiled by Rolling Stone Magazine.