Here’s what’s on tap this week on New Tracks on the Trail:

• Maybe we did things backwards, but we previewed a track off Deer Tick‘s new electric album, Vol. 2, back in July before the Rhode Island quartet headlined the Bob Marshall Festival in Seeley. 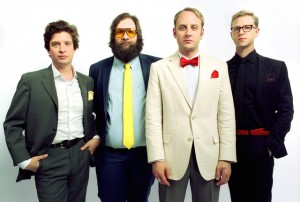 Both albums were released Sept. 15 and each includes 10 songs apiece.

Check out the Pitchfork review of the combo package HERE.

• He’s a stalwart of the Colorado music scene, but we wouldn’t scold you for having never heard of him.

Your excuses end this week, however, as we introduce Missoula to Chris Daniels and his longtime backing band, The Kings.

Released in September, Blues With Horns marks the outfit’s 15th as a full band. It includes a few originals but might be most notable for the takes on some of the great golden songs of the soul era – a sound Daniels describe as “John Hiatt meets Tower of Power.”

• After years of experimental excursions into poetry, Shakespeare-inspired lyrics and even what’s been described as “songs for funerals,” Australian folk rock hero Paul Kelly has finally ventured back to where he started with Life Is Fine.

“Life Is Fine doesn’t break new ground for Kelly, but it also shows he doesn’t need to come up with new concepts or mess with his formula in order to make a memorable album,” writes AllMusic reviewer Mark Deming.

• Not one to shy away from tributes to his favorite inspirations, My Morning Jacket frontman Jim James has announced a full album of covers slated for release in December.

Tribute To 2 follows up to his full album of George Harrison covers (simply called Tribute To) released under the Yim Yames moniker in 2009. This new one features his take on mostly classics from legends like Bob Dylan, Willie Nelson and Emerson Lake and Palmer.

Up first? A highly mesmerizing version of the Beach Boys’ “I Just Wasn’t Made for These Times” off of 1966’s Pet Sounds. 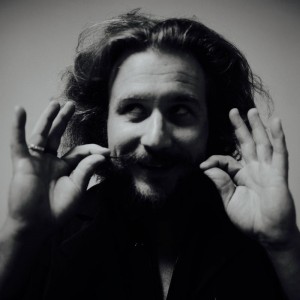 • We head back to Colorado for this year’s second official release from Boulder-based psychedelic acoustic rock group Gasoline Lollipops.

Soul Mine – the follow up to February’s Resurrection – is due Dec. 16.The band has teased it with the title track – what PopMatters critic Jonathan Frahm has described as a “brooding” six-minute anthem that “soars as much as it lingers, indicative of the ups and downs that the band went through together since their inception.”

• Finally, Seattle electronic duo Odesza has teamed up with Leon Bridges for a slow jam that nevertheless fits right in with their style of so-called “chill music.”

“Across the Room” is actually one of the final tracks released as a single off September’s A Moment Apart, with most of them previewing it six months or so in advance.

And what is “chill music?” Check out Pitchfork’s explanation HERE, and when you’re finally chilled enough go check out the band’s interview with Billboard about working with Bridges HERE.