• Good news, rock weirdos: Your longtime hero is back!

It’s titled American Utopia, and the announcement came in conjunction with the release of an animated video for it’s first single, “Everybody’s Coming to My House.” 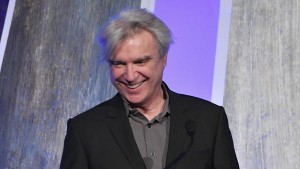 Byrne paired the big news with another announcement: He’ll head out on tour this spring with “the most ambitious show” since Stop Making Sense. The tour includes stops at Lollapalooza in South America as well as the Coachella festival in April.

• Another seemingly MIA band-man-gone-solo also teased his forthcoming album with a surprise single drop this week.

That man is Jack White (the band was the White Stripes) and the single is “Connected By Love.”

Featuring gospel contributions from the Nashville-based McCrary Sisters and an organ-driven chorus, the track stays true to White’s traditional blues-rock sounds and attitude.

The track – his first release in three years – is the first we’ve heard from his upcoming full-length, Boarding House Reach – shelf date yet to be announced.

• The biggest break-out act of 2015, vintage soul/R&B outfit Nathaniel Rateliff & the Night Sweats, will attempt to go two-for-two with the release of their sophomore effort, Tearing At the Seams, in March.

Like Byrne and White, the band marked last week’s album announcement with the release of its first single: “You Worry Me.” 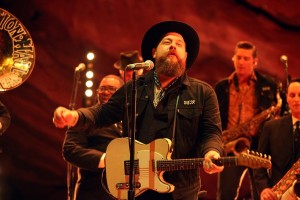 Fans of Rateliff and company might brace themselves, however. There’s no mistaking the frontman’s voice, and the guitar still has his signature reverb sound – but beyond that, the track marks a markedly different direction. Upbeat, with a piano-driven chorus and, well, a hell of a lot less horns.

That said, it’s still damn good and we can’t wait to hear more.

The announcement of Let’s – due Feb. 16 – coincided with the announcement of a nationwide tour that will bring Dennen as close as Bozeman later this month – nearly a year to the date after he wooed us here in Missoula with a seated show at The Wilma.

Finally, we’ve given you “All I’m Asking” and “Deep Is Love.”

Now, a year after it’s release, we’ll dip again into The Band of Heathens’ Duende with another great single.

The Austin, Texas, country-rock group has some sporadic dates scheduled for the south and southwest parts of the U.S. now through March – after that they’ll be touring Europe for most the rest of spring and summer.