In case you haven’t noticed, Portland is stirring up quite the musical flurry of late.

Richmond Fontaine is currently touring Europe, record labels Fluff and Gravy and Mama Bird each just celebrated their five-year birthdays with a series of performances and releases, and The Decemberists, of course, continue to make their mark on the national scene.

But wait, there’s more: Two member of case/lang/veirs live in the Rose City, Blind Pilot is touring with Vance Joy in support of its third studio album and the re-surging Fruit Bats has re-settled there. 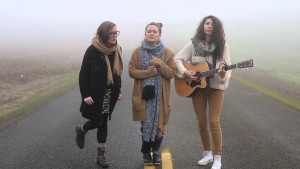 “It’s hard to leave the house in Portland without tripping over someone in the scene,” writes David Greenwald of The Oregonian in a recent piece on the city’s musical uprising.

But our favorite new trailblazing folk act? That’s the trio of sisters known as Joseph.

We gave some Trail love to the group’s sophomore album, I’m Alone, No You’re Not, with a spin of “White Flag” in August – and since then it’s become our favorite track of the season.

Now, with a just-announced tour stop at the Top Hat in March, we’ll venture into another new song I’m Alone. Check it out all day tomorrow, the first of a long list of new material we’ll unveil for this week’s rendition of New Tracks on the Trail. 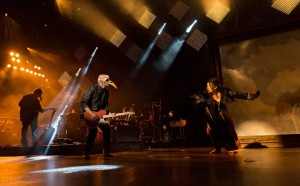 -Kate Bush: Celebrated not only for her music but for the accompanying live performances, Bush hadn’t toured in 35 years when she announced a series of performances in London in 2014.

One of these has been captured on a live three-disc set titled Before the Dawn. Due Dec. 2, check out Consequence of Sound’s album review HERE.

-Foxygen: They started out in 2005 as a couple of teenage music lovers, and now they’re set to embark on a world tour in support of their fifth studio album, Hang.

Most of the new psych-rock album is purely instrumentation, and every song features a symphony orchestra.

-Japandroids: Described once as “one part classic rock, one part punk”, the Canadian rock band was named 2012’s Band of the Year by Spin Magazine.

Their third studio album, Near to the Wild Heart of Life, is due Jan. 27, and they’ll kick off an extensive 41-date world tour to support it starting Friday in Mexico City. 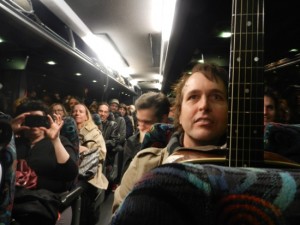 -Chuck Prophet: First as a member of the 1980s’ American pscyh/desert rock group Green on Red and later as a collaborator and solo artist throughout the 1990s, Prophet is back with an album of 13 original works.

Bobby Fuller Died for Your Sins – described by Prophet as “California noir” – is due Feb. 10th.

There ya have it – another Tuesday, another round of New Tracks on the Trail! Big thanks to Rockin’ Rudy’s for sponsoring this weekly segment.