• Two years after winning a Grammy for “Chances Are” – recorded not by himself, but by Lee Ann Wommack, Hayes Carll is finally ready for some more solo spotlight.

The Houston-based singer/songwriter will make his next splash in the Americana scene with the Feb. 15 release of his sixth studio album, What It Is.  The 12-track effort was co-produced by fellow singer/songwriter Allison Moorer – also, notably, his fiancee – and Brad Jones. 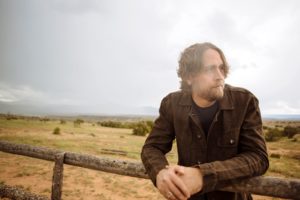 What It Is follows up 2016’s personal and cathartic Lovers and Leavers and, as usual, features plenty of his wry Texas wit.

Check out Rolling Stone Magazine’s recent profile and then catch Carll on tour all next spring.

• With a name befitting for a band that has featured break-ups, reunions and a revolving line-up, LA-based alternative band Dramarama is apparently set to release its first full-length since 2005 sometime next year.

That’s literally all we know about this new project. No formal date, no title, no other details.

Most known for their mid-1980s single, “Anything, Anything (I’ll Give You)”, Dramarama broke up for the first time in 1004 and then reunited in 2003 following an appearance on VH1’s Bands Reunited. According to Wikipedia, they’re originally from the town in New Jersey that Fountains of Wayne named themselves after.

• Just over a year since the release of his 11th solo studio release, Low In High School, former The Smiths frontman Morrissey is dishing up a double-set deluxe edition.

The new edition, due Dec. 7, features one LP featuring the original 12-track album and a second LP featuring a cover of the Pretenders’ “Back on the Chain Gang,” five live B sides, three unreleased tracks and some other goodies.

This version of Low In High School, like the original, was produced by Joe Chiccarelli (The Strokes, Beck, The White Stripes).

• Boston-based singer/songwriter Juliana Hatfield has announced the release of a new album less than eight months after her last release.

Weird, due Jan. 18 of 2019, will follow-up Juliana Hatfield Sings Olivia-Newton John, which dropped back in April. Unlike that one, the newest Hatfield release will be comprised of only original material. The 11-track collection will also feature a few special guests, including Freda Love Smith and former Lemonheads collaborator Todd Philips. 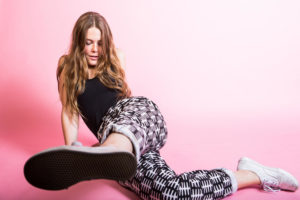 • Finally, if you hadn’t heard of her last month certainly by now you know everybody’s talking about Maggie Rogers.

Rogers, who was raised in Maryland, made a buzz in 2016 when she dazzled Pharrell Williams with a musical project from her time as a student at New York University. That project, “Alaska”, eventually made a run on the charts – however, Rogers was still relatively obscure until early November of this year.

That’s when she blew our minds with a Saturday Night Live of two tracks from her upcoming album, Heard It In A Past Life, which is set for Jan. 18, 2019, release. Since the show, Rogers’ first single, “Light On” has entered Billboard’s Alternative Digital Song Sales chart at No. 9, with 5,000 downloads sold in the week ending Nov. 8. Rogers also debuted on the Emerging Artists chart at No. 16.

Catch Rogers on tour this December in support of Mumford and Sons.