Every Tuesday we dedicate a significant portion of our airwaves to new music.

Whether it’s upcoming works from bands you already know and love, or underground material that’s slowly garnering the attention of critics and radio program directors, we can pretty much guarantee you’ve never heard it before.

If you have, then brownie points to you; if not, we hope you enjoy.

Here’s what’s spinning this week on New Tracks on the Trail:

•Big Head Todd and the Monsters: We’ve already served up “Damaged One,” the first single from New World Arisin’ – now we’ll deliver the next. The album, due Nov. 3, marks the Colorado band’s 11th studio release. Their fall tour will wind through Missoula for a show at The Wilma on Dec. 2. 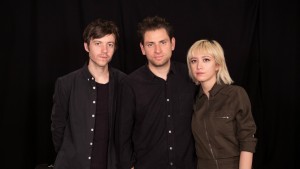 •Lo Moon: Based in Los Angeles, most of the praise heaped upon this trio seems to be focused on their mastery of the musical slow-tease in the digital age: The first single from This Is It dropped more than a year ago, and fans and critics alike have been itching to hear more ever since. For more, check out their recent interview with NPR.

•Alice Merton: The eponymous debut single from this German-British singer’s February EP, No Roots, has actually been out since December of last year. But it took until spring to climb to the top of the European charts and another six months to venture across the pond to North America. But finally, Merton has arrived. Check out Billboard’s “Chartbreaker” focus on the young singer HERE.

•Django Django: A British art rock band based in London, Django Django is the brainchild of David Maclean, brother of The Beta Band’s John Maclean. The band dropped the first single of its upcoming third studio album, Marble Skies, last week. “The audio equivalent of a cheeky grin, and the band obviously reveling in the recording process,” wrote Dork Magazine’s Jake Hawkes of the track, “Tic Tac Toe.” “Django Django may have been around for a while now, but … they’ve proven they can still make a gold-plated banger.”

•Calexico: The Tuscon, Arizona-based rockers will release their ninth studio album, The Threat That Keeps Us, in late January. To tide us over until then, they’ve dropped a new single – “End of the World With You” – that bandleader Joey Burns described as a “sort of love song set in troubled times.” 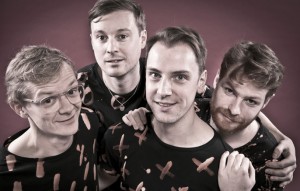 •Weezer: The L.A. rock veterans are riding the tide of last year’s surprise hit, The White Album, with a quick turnabout. Pacific Daydream is the band’s 11th studio release; and just a day after it hit the shelves the ever-prolific songwriter Rivers Cuomo announced their 12th, The Black Album, is ready to go for next year.

•Spoon: And finally, we’ll continue our months-long cherry-picking of the greatness that is Hot Thoughts. Already we’ve dished up the title track and “Can I Sit Next To You” from the Austin, Texas-based rockers’ ninth studio album, released in March. Now we’ve got the newest one: “Do I have to Talk You Into It.”

There ya have it – another Tuesday, another batch of New Tracks on the Trail! Thanks to Rockin’ Rudy’s for sponsoring this weekly segment!