It’s hard to imagine there’s much Beatles material out there we haven’t already heard.

But it seems like every few years or so somebody finds a hidden gem stashed away, and thus the trickle continues. 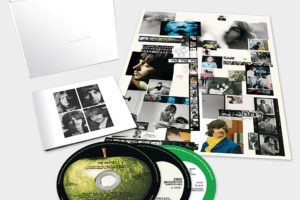 This time it’s from their 1968 self-titled album, more popularly known as the “White Album.” In celebration of the double-record’s 50th anniversary, former Beatles producer George Martin’s son, Giles, has developed a commemorative reissue that features not only a remixed version of the full album but four – four! – additional discs of outtakes.

According to a Rolling Stone feature on the new Super Deluxe Edition of The Beatles, due Nov. 9, the “crown jewel” of the project is a set of uncovered acoustic tracks known as the Esher demos. Recorded on a reel-to-reel tape deck in George Harrison’s bungalow just after their return from India, the Esher demos reflect a relaxed, happy Beatles group – a calm, if you will, before the storm.

This week we’re excited to kick off New Tracks on the Trail with a celebration of 50 years since the “White Album.”

• The first of what’s likely to be a long string of posthumous Chris Cornell works is finally being realized.

The 17-track Chris Cornell is set to be released Nov. 16 along with a four-disc box set of the same name. Cornell’s widow, Vicky, is behind both projects, which feature a sampling from across the breadth of the Seattle musician’s career, including his days with Soundgarden, Audioslave and Temple of the Dog as well as a number of solo projects. 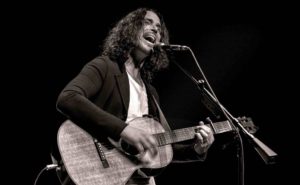 Eleven of the 64 tracks on the box set are previously unreleased.

• Eights British punk/ska band The English Beat are set to release their first new album in 35 years next month.

Here We Go Love, due Nov. 9, is being a billed a “comeback album” for the band – though it’s members really haven’t gone away since they broke up in 1983. Lead vocalists Dave Wakeling and Ranking Roger went found success later in the decade with General Public, and all of its members have put energy into solo work at some time or another.

• His band is releasing a Christmas LP in mid-November, but that isn’t stopping Rhett Miller from dropping his own collection of solo tracks.

• Mike Smith actually premiered new music from New Jersey rock band The Grip Weeds on his Sunday show, The Acoustic Brunch. But we know that’s not giving enough love, and so we’ll bring them on to the weekday playlist for your listening pleasure.

The 12-track Trip Around the Sun (due Oct. 19) reflects the band’s “determined yet positive outlook on life through the power of music,” according to a press release. It marks their eighth studio release. 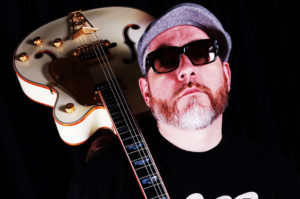 • Finally, Everlast is back with his first album of original songs since 2011.

The singer/songwriter – and former House of Pain rapper – is attempting his comeback with Whitey Ford’s House of Pain, which dropped Sept. 7. This is the first we’ve heard from Everlast since his 2013 acoustic album, and we like what we’ve heard so far.