Leave it up to Spotify to validate our rock idols.

On a Thursday late in August, the music streaming app logged David Bowie’s billionth stream – more than likely the culprit was the 1999 remastered version of his 1977 hit, “Heroes,” which has itself logged nearly six million Spotify streams in the app’s nine-year history. 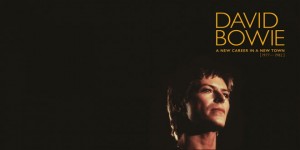 If that seems like a lot, it is. People have streamed Bowie a billion times in three years? And not just any people – Spotify people, which we imagine are not your typical David Bowie groupies.

But the incredulity of this fact is put squarely in its place when you consider that despite more than a half-million streams, “Heroes” is still the 1,307th most streamed song of all time – just a couple thousand more than some guy called Frank Ocean and a few thousand behind Gorillaz’s “Andromeda”.

Yeah, so there’s that.

This week we’ll pay tribute ourselves to the Thin White Duke with a preview of his new box set.

Due Sept. 29, the set includes the experimental albums known as the “Berlin Trilogy”: Low, Heroes and Lodger, as well as Scary Monsters (And Super Creeps) and the live Stage album.

It also includes the Baal soundtrack and a smorgasbord of era-specific non-album singles and B-sides – all of them remastered and some of them remixed. 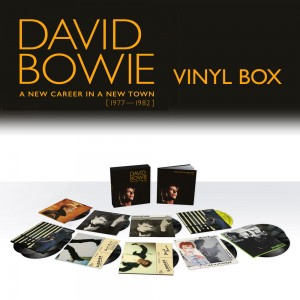 The LP version includes a 128-page photo book. If that’s your thing, we suggest you enter Stereogum’s giveaway contest HERE.

In the meantime, just tune in to the Trail 103.3 all day Tuesday to hear a slice of Bowie pie for this week’s version of New Tracks on the Trail.

• Former Smiths frontman Morrissey is back with his 10th solo album – and first since 2014.

It’s titled Low In High School, it’s due Nov. 11, and the new single, “Spent the Day In Bed”, is basically about today’s fear-based news climate makes bed more enticing than ever.

• JD McPherson recently moved his family from Oklahoma to Nashville, but it was a trek to California that inspired his latest rock revival effort.

Featuring a baritone guitar that would lay waste to the most dangerous of Tarantino characters, the first single off Undivided Heart & Soul is described by Rolling Stone’s Marissa R. Moss as a “Jerry Lee Lewis-in-the-key-of T. Rex rocker.

The track is one of many inspired by McPherson’s hang-out time with Queens of the Stone Age frontman Josh Homme. Catch the track on the Trail; catch the full album Oct. 6. 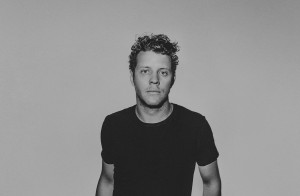 • A massive rock stomper with a country tinge and featuring strings, a Hammond organ and co-writing credit to Ed Sheeran?

Yeah, apparently that’s really a thing – and we have Anderson East to thank for it.

The new track from the Alabama-bred Americana artist is called “All On My Mind” – but its not yet packaged for full album release.

If the rest of the as-yet-untitled project sounds as epic as this track, then we’ll gladly practice patience.

• Tommy featured it previously on his “New Show”, but now we’re bringing it into our regular Trail lineup.

The track is called “Dreamers” and it’s the first single from the Berlin-based trio Mighty Oaks‘ new album of the same name.

Mighty Oaks is comprised of one American, one Italian and one Brit – and the three congregated at the Washington State studio of Ryan Hadlock (The Lumineers, Vance Joy) for their sophomore effort.

The indie/folk rock group – known for their “tight, three-part harmonies and effusive, largely acoustic-driven folk anthems” – is nearing the end of a short US tour this month, after which they’ll head back to Europe for a longer list of playdates.

So yes, technically they’re not “new” tracks – but they’re new to the Trail 103.3 playlist. And they’re hardly old. So what’s the difference to you?

Check out our previous write-ups on these three, in order, HERE, HERE and HERE.

There ya have it – another Tuesday, another round of New Tracks on the Trail. Thanks as always to Rockin’ Rudy’s for sponsoring this weekly segment!