If bluegrass were rock and roll they’d be gone by now.

We’re talking about local darlings the Lil Smokies, who have done what few Missoula bands – if any – have ever done: Crack the national seal BEFORE departing for the big cities of Portland or Seattle.

We’re not slamming those who did it the other way around (we’re talking to you, Colin Meloy and Jeff Ament). But it is something refreshing to know that the hometown guys are no longer necessarily reduced to mere regional fame – news that surely helps keep “the dream” alive for countless Missoula musicians present and future. 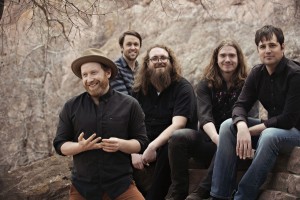 So what’s changed? How did the Lil Smokies go from locals-only talent to the type of band that performs on the largest stages at the largest festivals (and wins the largest awards in the process)?

Well, it certainly helps that they specialize in a genre that’s not quite as oversaturated as popular rock. There’s really quite a bit of room for any up-and-coming bluegrass group to build a national following just based on the fact that there aren’t all that many great options from which to choose.

But certainly advancements in music and digital technology have also helped. Gone are the days when the band has to put the parents’ house down as collateral for studio time in the big city.

Nor are new acts as reliant on the larger management and public relations firms. A few Facebook shares, a few retweets, and you’ve multiply brand awareness without leaving your sofa. At least in theory.

It also helps that the Lil Smokies are a live act first and foremost.

In an era of declining album sales, the bands that seem to be logging the most success are the ones willing to slog it out on the road.

That said, there is still something special about releasing an album of all-new material. 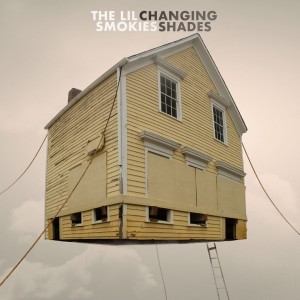 It’s less of a money-maker than it was in the past, yes, but it’s still an important statement: “We’ve been working hard to stay interesting and relevant, we’ve got something new and different to show you, we guarantee the next show will be nothing like the last.”

And that’s exactly where the Lil Smokies sit today.

With their second studio album out now, a nearly new line-up and a huge national tour on the near horizon, it’s the perfect time to re-engage with the most exciting band in town.

The 10-track collection Changing Shades is the band’s first official release since their self-titled debut in 2013. It was recorded in a single week at SnowGhost Music in Whitefish and is available for purchase now at the bands website, thelilsmokies.com.

We’ll be featuring its first single all day Tuesday as part of our regular New Tracks on the Trail segment. If you like what you hear – or even if you don’t – we promise you don’t want to miss out on what will surely be a sell-out show with co-headliners The Brothers Comatose and Mipso on Thursday, Sept. 28, at the Wilma.

In the meantime, catch up with the band and learn how Changing Shades came together with this excellent feature piece by the Missoulian’s Cory Walsh.

• We’ll shine our radio spotlight on another local band celebrating a new release.

The folk/rock/indie hip-pop group known as Letter B is celebrating the release this month of their second EP since forming in 2013.

Titled Catch Me When I Fall, the album features five tracks – all of which are available to stream now on their website, letterbband.com. 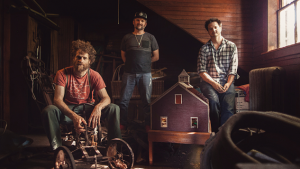 We’ll feature our favorite track, and encourage you to go see why they’re the most danceable band around next time they perform one of their many, many local shows.

• We unveiled the first single off the new Dispatch album back in February, but with the band’s recent announcement of their first-ever acoustic tour this fall we figured now’s as good a time as any to feature another one.

It’s 11 tracks have been described as “an infinitely enjoyable campfire collection of harmony-laden jewels” by a more descriptive writer than ourselves. Check out that full review HERE.

• They’ve been famous since before you were born, or at least many of you – and yet you’ve probably never heard them before.

We’re talking about Australian psych-rock outfit The Church, which is celebrating its 26th (26th!) album release since forming in 1980.

Due Oct. 6, Man Woman Life Death Infinity will mark the first release from the ARIA Hall of Fame members since 2014’s Further/Deeper.

The band is also celebrating the release of a new documentary on lead singer and bassist Steve Kilbey. Check out the official trailer for Something Quite Peculiar HERE. 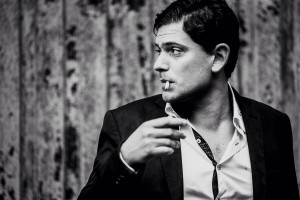 • And finally, we’ve got a revised and re-enlivened single from New Jersey singer/songwriter Luke Elliot.

The EP version of the track, “Get ‘Em While They’re Hot”, first made its rounds back in 2010; now its been re-worked for release on the singer’s debut full-length, Dressed for the Occasion, out now.

Elliot, who has drawn comparisons to Leonard Cohen, Bob Dylan and Tom Waits, developed the new album with the help of producer John Agnello, known for his work with Kurt Vile and Sonic Youth.