If you need proof that there is such a thing as bad publicity, just ask a stranger about O.J. Simpson.

Truth is, the wrong kind of fame – the murderous kind, for example – is not preferable to obscurity except in the case of the most extreme of narcissists.

But the saying is a saying because, well, for entertainers and celebrities sometimes a little negative media attention can do wonders for name recognition. 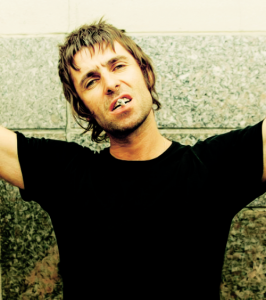 Universally celebrated as both a musical giant and a giant asshole, the most hated Gallagher brother’s reputation is so sordid, so unpredictable that he’s become much more interesting than his tamer (yet more prolific) younger brother, Noel.

Liam’s been in news quite a bit since Oasis broke up more than a decade ago, and nearly all of it has been for his off-the-wall behavior – most notably for harassing his brother via unusual and sometimes indecipherable social media posts.

So when we learned his first-ever solo album was in the works, of course we rejoiced. Would he have the same musical prowess that we fell in love with years ago? Would he take on his brother via song? Would the music be as large and dynamic as the personality?

We haven’t learned the answers to these questions yet, but as the album’s release inches closer (Oct. 6th is the latest official date), we can’t help but notice he is EVERYWHERE.

First there was the calling out of his brother for not joining him at the One Love Manchester benefit concert in June. Last week he incited a verbal spat with James Cordin. And Monday, the second wave of rumors of an Oasis reunion.

That’s a lot of publicity, and now we’re going to give him a bit more.

Join us all day Tuesday as we throw a track off his new album into rotation for our weekly New Tracks on the Trail segment.

The album is titled As You Were. Liam’s premiered several tracks during recent live performances at festivals across the world.

““I know it’s very fashionable to put people down in the public eye, but I think Liam’s as passionate about music now as he ever has been,” Mat Whitecross told NME. “If people gave the new album a proper fair and proper listen, they’re in for a treat.”

You can catch the more brutish of the Gallagher brothers live during a North America tour beginning in California this November. 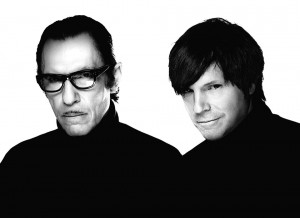 • They’ve been recording together since 1972, but unless you’re a die-hard fan of obscure art-rock you’ve probably never heard of them.

We’re talking about the L.A. duo known as Sparks, who are back with their 22nd studio release and first  since 2009.

The album is titled Hippopotamus.

For everything else you need to know, click HERE.

But you don’t know who that is, because he prefers to hide behind he alias Boxed In. 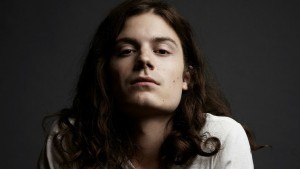 The London indie/dance musician will release his sophomore album, Melt, in September.

• BORNS is another alias – this time for a Michiganian named Garrett Borns.

Is Michigonian a word? We’re not sure, but we’re going for it.

We’ll feature BORNS’ new single, “Faded Heart.” It’s the first single to drop off his second studio album. Yet to be named, the new collection is set for release in January.

All we know is that their music was described by Earmilk as “falling somewhere in a no-man’s land between the Beach Boys and Rubber Soul.”

If that’s indeed the case, you don’t want to miss their new single, “Quarters.”

There ya have it – another Tuesday, another batch of New Tracks on the Trail. Thanks as always to Rockin’ Rudy’s for sponsoring this weekly segment!