It hit us last August during a performance by Baltimore “dream pop” group Beach House at the Wilma: We had officially arrived.

No, we’re not talking about celebrity, fame or even professional notoriety and success.

We’re talking about that gulf between youth and seniority called “middle age.”

You see, we went to the show kind of expected we’d be the only ones in attendance. After all, we never heard of Beach House until the Trail started playing that new song just a few months prior. So, that meant nobody else had either. Right?

Turns out it that “new” song was actually four years old, the band was supporting its sixth full-length, and it was a hipster’s paradise in there: Big glasses, skinny jeans, homely sweaters – a bunch of kids who apparently had early access to a suitcase full of memos that had yet to cross our desk. 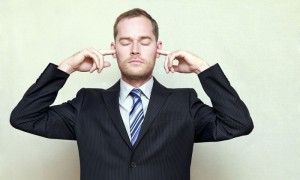 We realized that evening that not only were the “cool” bands we discovered during our teen years no longer cool (you’ve heard of Pearl Jam, right?) – but that we had officially been separated from the pipeline of bands that settled into their stead.

Not just out of touch, but out of reach altogether.

The good news? This pipeline can be repaired; reach can be restored.

Sure, it takes a lot of effort. And one does risk incredible humiliation. But from what we’ve learned since that awful day, becoming musically relevant again looks something like this:

It should be noted there’s an alternative option: Just swear off the new junk entirely and stick hard and fast to the old stuff. If you stick around long enough, it will become hip again. 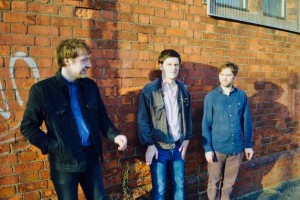 But here’s an even easier avenue: Tune in to the Trail 103.3 on Tuesdays. Not only do we hand select a half-dozen or so new songs for our weekly New Tracks on the Trail segment, but our in-house cool young guy, Tommy, hosts his own hour-long show each Tuesday evening focused specifically on introducing you to new music.

It’s called “The New Show,” and Tommy does a great job of blending in both artists you already know and love and artists that have yet to hit mainstream consciousness.

Because, yes, you are in the mainstream now. And we know from personal experience – that’s a tough current to swim alone.

So, in tribute to that, this week’s New Tracks on the Trail line-up will feature an entire set of songs from obscure artists Tommy premiered during “The New Show” in recent weeks. Take a listen, and don’t forget to take notes – there will be a test.

•Kidsmoke: Music from the Welsh band’s debut EP, Save Your Sorrow, which dropped in June. 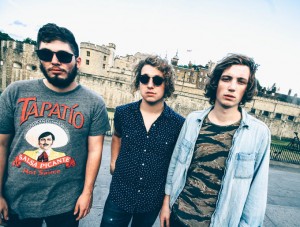 •Rococode: Developed during a week-long residency at the National Music Centre in Calgary, the Canadian indie pop group marked a transition from guitar rock to synth sounds with June’s six-track Young Ones EP.

•Made Violent: They name Cage the Elephant as their greatest influence, but this three-piece has been rocking Buffalo, New York, long enough to to develop its own unique garage-rock sound. We’ve got a track from their latest, Basement Ghost.

•Tristen: The artist born Tristen Gaspadarek is back with her third album – 11 songs innovative enough to catch the attention of NPR’s music critics.