We’ve singled out three different types of music fans: The lyric lover, the head-bopper and the audiophile.

The lyric lover doesn’t care much about genre and is sure to have mostly one-hit wonders atop their list of favorite tracks.

The head-bopper doesn’t like “boring” music – and by that, he or she means anything with dynamics. 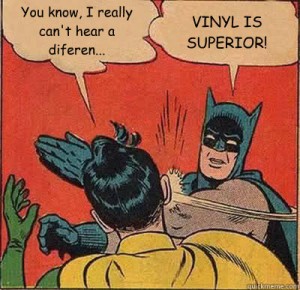 But the audiophiles – they understand music, as an expressive art form, is as much a function of delivery as it is content, if not more.

It’s easy to dismiss the audiophile as a hipster snob, and in fact many of them are.

But please don’t throw out the baby with the bathwater: There is a legitimate complaint about the state of  modern production techniques and delivery mechanisms.

The audiophile hears the missing “waves” of the digital reincarnation of the great classics; he shivers in its frigidity; he can barely stand the thought of listening via iPhone speakers – not to mention those cheap muffled ones in the car.

Instead, the audiophile invests in hearing his favorite music as it was originally designed – in analog or whichever other format that may be. Above all, the audiophile insists on forking over big bucks for sound delivery systems that capture the “essence” of the master recording.

“When you think of what some of these artists sacrificed to put this music across, what trends they pushed against, all those nights in the middle of nowhere, bringing it to the stage, what incredible misery and misfortune they too often encountered, just because they were burdened with a staggering talent and the courage to share it with the world, the least you can do besides buying their records is pay the respect due them by giving their music the best possible means to fill the air.”

For a more detailed analysis and comparison of yesterday’s analog sounds with today’s digital ones, check out this blog.

Why the detailed discussion on what it means to be an audiophile? Because, hipster excesses aside, it’s the primary driving force behind the resurgence in vinyl; consequently, it’s the reason we turned our Friday’s over to the Trail turntable. 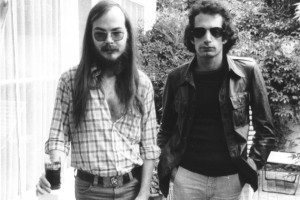 And for one of this week’s Vinally Friday selections, sound production and quality is its most notable – and most celebrated – attribute. Enough so that the album is considered a “triumph of engineering” more than a triumph of lyric or melody.

Listed as one of the best albums to own on vinyl, the jazz-rock album remains to this day Steely Dan’s most accomplished and best-selling record – an album with a “clarity and musicality that can’t be described in words, it can only be absorbed through an experience … from a pristine vinyl copy and into your heart, brain and soul.”

You can thank our own in-house audiophile, Trail program director Robert Chase, for dipping into his personal record collection to share this legendary piece of music … er … sound.

-Before she was a 10-time Grammy Award winner with 20 studio albums and nearly five decades of touring under her belt, Bonnie Raitt was just another up-and-coming blueswoman trying to make her name in a bluesman’s world.

She found success as a touring artist before she did in the studio, but if there was one early album that indicated what was to come for Raitt it was her third album – 1973’s Takin’ My Time. 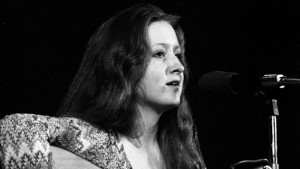 Though it would be another 15 years before she would accumulate commercial success, Takin’ My Time was was perhaps her most consistent album of the entire first half of her career.

Calling it an “overlooked gem,” AllMusic’s Vik Iyengar praised the album for its “eclectic” mix of a variety of roots-influenced music: blues, jazz, folk, R&B, even calypso.

Takin’ My Time features what have become definitive renditions of the Jackson Browne tune “I was a Child” and Randy Newman’s “Guilty”, as well as contributions from Taj Mahal and members of Little Feat.

Alanya will feature the record all morning as she continues to fill in for Craig one final day.

-And finally, for the casual Pink Floyd fan, there’s the Syd Barrett years and then there’s Dark Side of the Moon and all that followed from that.

But those who follow the band a little more closely can attest to a slight mid-phase in the band’s development, from their post-Barrett resurgence with Atom Heart Mother to the album that truly marked their transition into the prog rock band we celebrate today.

Released in 1971, the album is called Meddle, it’s probably the best Pink Floyd album you’ve never enjoyed, and Tommy is excited to share a few of his favorite tracks.

For perspective, check out this retrospective review from the BBC’s Daryl Easlea from 2007.