If this is the season of protest music, we might have finally hit an equinox.

In a song dedicated to supporting demands for clean water by the people of Peñuelas, Puerto Rico, and at Standing Rock, Hurray for the Riff Raff has captured hearts again with a galvanizing new anthem, “Rican Beach.” 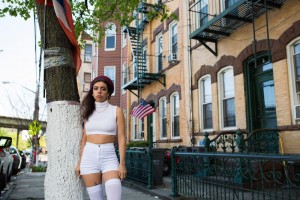 Part of the band’s new sci-fi concept album, The Navigator, “Rican Beach” tells of the album protagonist’s trip to the future, where she witnesses gentrification and culture loss in her home city.

It also draws on some familiar themes of our current political circumstances: “Now all the politicians, they just flap their mouths / They say we’ll build a wall to keep them out // And all the poets were dying of a silence disease / So it happened quickly and with much ease.”

The Navigator, the folk-blues and Americana band’s sixth studio album, was released in March. Check out the New York Times review HERE and if you like what you read tune in all day Tuesday for a few good spins on our weekly New Tracks on the Trail segment!

-We’ve already given you a sampling of the upcoming collaboration between blues rock masters Taj Mahal and Keb Mo – but we’re not even close to being done with this one.

The album is titled TajMo, it’s due May 5th, and it features a number of guest appearances – perhaps most notably Bonnie Raitt on this cover of John Mayer’s “Waiting on the World to Change.”

-They started recording on Election Day 2017, and the resulting album is described by Rolling Stone as a pretty even split between “political observation and personal rumination.”

One of our favorite – and longest running – jam bands, Gov’t Mule, is back with a new album due June 9, as well as a tour that will bring them to Red Rocks for a co-headlining show with Yonder Mountain String Band in August.

The album is titled Revolution Come…Revolution Go, and we invite you to check out Rolling Stone‘s recent interview with frontman Warren Haynes HERE.

-We unveiled some of Son Volt‘s new material back in December, but now we’ve got another gem to share.

Jay Farrar and crew’s eighth studio album, Notes of Blue, was released in February to near universal acclaim. 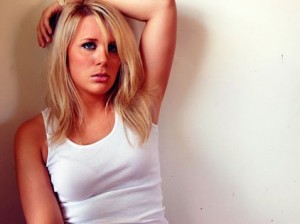 So much so that one reviewer has boldly announced that anyone who plays Americana or alt-country owes the band a royalties check or two.

Check out that review HERE.

-Finally, Rolling Stone named her one of last year’s 10 New Country Artists You Need to Know, and if you can get past all the heartbreak we promise you’ll love this one.